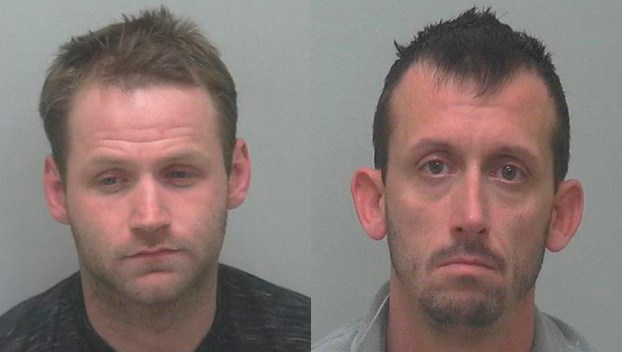 Beaufort County Detention Center personnel made a surprise discovery when 11 grams of methamphetamine were found while processing a drug suspect.

Davenport says the traffic stop and subsequent arrests came about from information that Smith was involved in using and selling meth in Beaufort County, and that Smith was transporting the drug from Williamston.

As Smith and Pertosky were traveling to Washington on Friday, investigators stopped their vehicle and found a user amount of marijuana, a marijuana cigarette and digital scales in the vehicle. While there was no meth found in the vehicle, Davenport said the drugs and paraphernalia found during the stop were enough to arrest the two.

“He pretty much hid (the meth) during the stop, and we found enough to arrest him during the stop,” Davenport said. “Of course, they have to be searched before going into the detention center, and once he was searched, it was found.”

Davenport said that while a strip search is standard at most detention centers, rectal searches are generally prohibited. It was during the search that the 11-gram bag of methamphetamine fell out of Smith’s rectum. A smoking pipe was also discovered.

“That’s one of the main ways we get contraband smuggled into the jail,” Davenport said. “People try to hide it in their underwear, their socks, shoes, body cavities and places like that.”

Smith was charged with possession with intent to sell and deliver methamphetamine, possession of marijuana and possession of drug paraphernalia. He was held on a $6,500 secured bond.

Filing is underway this week for special elections to fill the Congressional seat left vacant by the passing of U.S.... read more