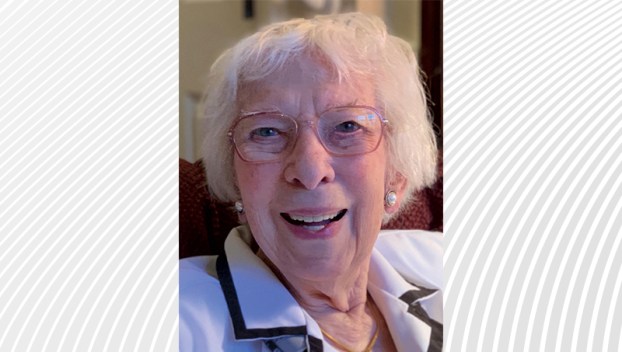 Dr. Olena Swain Bunn of Greensboro, died on February 26, 2019, at Well-Spring Retirement Community. She passed away peacefully after a brief bout of pneumonia not long after joyously celebrating her 100th birthday with most of her extended family and friends. A memorial will be held at First Presbyterian Church Chapel in Greensboro on May 18, 2019 at 1 pm.

Dr. Bunn was born in Columbia, NC in 1919. She was the oldest child of Olena Belle McClees Swain and State Assemblyman, later NC Senator and Democratic leader, Herbert Linwood Swain.

In 1917, in her father’s first year in the Assembly, age 21, he was invited by the Honorable Walter Clark, Chief Justice of the NC Supreme Court to join the Justice’s coalition of Representatives supporting Women’s Suffrage in NC. Senator Swain became active in the cause. He later authored the first Vocational Education bill voted into law in the State of NC, and conferred the first High School diplomas in Tyrrell County, his home.

Dr. Bunn’s mother, Olena Belle McClees Swain, was not offered schooling beyond the 6th grade, after which she immediately began working as the book-keeper at her family’s General Store in Columbia. Dr. Bunn said of her mother “she was a brilliant woman” who continued to educate herself, and was fully Herbert L. Swain’s financial as well as life partner, wife and mother of their 3 girls. During the Depression and despite the family becoming near destitute, Mrs. Swain was unstintingly generous to those less fortunate, bringing many a stranger into their home to feed them from the family table. Both her parents had a profound impact on Dr. Bunn’s lifelong values and fortitude, preparing her for a highly rewarding, long and satisfying life–one that included its own great challenges to come.

Dr. Bunn was the first woman in her family to attend college, graduating from Woman’s College (now UNC-G) in 1939 with an A.B. in English with a minor in History. As she often said of that time, she attended college with two dresses, one to wash and one to wear. Upon graduation, receiving teaching certificates in both English and History, she taught in first the Raleigh and later the Zebulon Public Schools where she met and married her husband, Falc Elmo Bunn, Jr. CPA.

During the war, stationed with her husband in Indiana, Dr. Bunn, perhaps channeling the fortitude and determination of her mother, began coursework on her M.A. in English. She received her Master’s degree in 1947 in Chaucer and Medieval Studies from the University of North Carolina, Chapel Hill, at the age of 28, all the while helping to support her husband as he completed his CPA. They settled in Greensboro and had two sons, David (1950-) and Alan (1952-1972).

After being a homemaker for 16 years, Dr. Bunn’s marriage collapsed and she faced the challenges of being a single mother with no job, two young teenagers to support and a mortgage.

With a bit of help from her parents and her Masters degree, she was able to stabilize her family and began her college teaching career in 1963 at Guilford College. A life-long learner, Olena’s financial hardships did not keep her from continuing to pursue her education. Dr. Bunn attended Oxford University, Exeter College on a Ford Foundation Humanities grant in 1964 & ‘65. She was the first North Carolinian to be awarded the American Southeast Regional Scholarship from Alpha Delta Kappa, an international Honorary Society for women educators. She studied at the University of Birmingham’s Shakespeare Institute at Stratford-upon-Avon, U.K. and later studied Children’s Literature at the University College of Aberystwith in Bangor, North Wales.

Dr. Bunn joined the faculty at Greensboro College in 1965 in English. In 1979, at the age of 60, she received her Doctor of Education in Children’s Literature from the University of North Carolina, Greensboro. She retired from Greensboro College as Faculty Emerita in 1986. In her tenure of 21 years, she earned many teaching awards and the college has named and dedicated a classroom in her honor. She became a member of both the English faculty and the Education faculty and she directed the Curriculum Materials Center. For many years she was the only tenured female Professor in the English Department of the College. She was a tremendous role model for many students, especially young women.

Dr. Bunn was a lover of the arts and of beauty in all things. She was a member of the National Council of Flower Show Judges of America, President of Greensboro Flower Show Judges Council and a Charter President of the Greenbriar Garden Club of Greensboro, as well as an award winning flower arranger. She loved interior decorating and design, early American furniture and North Carolina pottery.

Dr. Bunn was a lifelong progressive liberal, feminist, active democrat and a believer in education and equality for all. She was an Ordained Elder at the Presbyterian Church of the Covenant until that congregation’s demise, and then joined the First Presbyterian Church where she served as a lay reader, and where she was a member until the day she died. She was active in her community in many ways, serving as Speaker on the Executive Board of the Greensboro Lecture League, a long-time member and supporter of the League of Women Voters, an serving as trustee for the Corporation of Guardianship, the Friends of the Library, and the Greensboro Youth Symphony.

She was an active supporter and volunteer of Greensboro Urban Ministry, the Shepherd’s Center and Habitat for Humanity. She was an early supporter of the Civil Rights movement, bearing witness with her children to the struggles undertaken by the courageous students of A&T University for equal access in downtown Greensboro through the 1960s. She and her two sons also joined some of Greensboro’s early protests against the Vietnam War. On February 1, 2010, she and her son David attended the opening of the International Civil Rights Museum in the former Woolworth’s building on the 50th anniversary of the famous A&T lunch counter sit-in protests.

In 1995, Dr. Bunn joined the Well-Spring Retirement Community where she thrived in love and friendship. She chaired the library and the décor committees, as well as gave an occasional lecture about Chaucer and Middle English at the request of her peers. While a member of the Well-Spring Community she continued to teach in outreach programs such as enrichment classes for academically gifted children at Alamance Elementary School, the Laurbach Literacy Project to teach adults to read, as well as writing book and performance reviews for both the Greensboro News & Record and High Point Enterprise.

Dr. Bunn is survived by her two sisters, Mary Katherine Swain Daniels, 94, of Virginia Beach, VA, and Alberta Swain Elliott, 91, of West Hartford, CT, with whom she has remained very close, gathering and traveling together in retirement as often as possible. She is survived by her son, David Bunn, artist and Professor of Art, and her beloved daughter-in-law, Ellen Birrell, also an artist and Professor of Art, both of Santa Paula, CA. Dr. Bunn is survived as well by her close knit extended family of nieces and nephews, all of whom she has loved and inspired especially and individually. The family wishes to thank Windy Fowler, Olena’s personal caregiver, and Claudia Cannady, her Greensboro friend and family member, who, over the years joined Olena at Lecture League and Symphony, sometimes at doctor’s appointments, and who opened her home to the extended family as we returned to Greensboro to visit Olena. Above all, thanks to every member of Well-Spring’s extraordinarily loving, caring and thoroughly professional staff. Dr. Bunn loved every one of you!

Olena Belle Swain Bunn was a believer in both God and science, community and family, facts and freedom of the press, but above all, the fruit of the Spirit:

“But the fruit of the Spirit is love, joy, peace, patience, kindness, goodness, faithfulness, gentleness and self-control. Against such there is no law.” Galatians 5: 22-23.