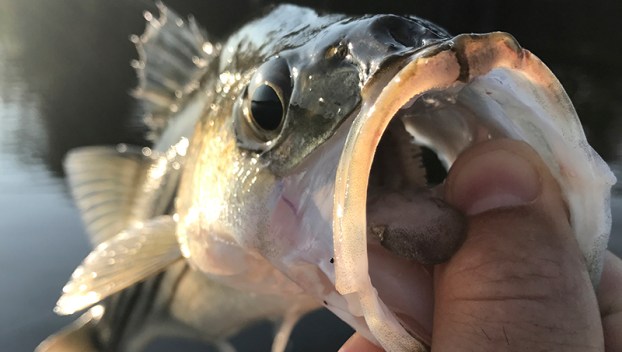 The North Carolina Marine Fisheries Commission is taking a stand on regulations that would maximize recovery of the striped bass population in local waterways.

The commission has called an emergency meeting Wednesday to address directing the head of North Carolina Division of Marine Fisheries, Stephen Murphey, to issue a proclamation regarding gill nets — this, in response to what critics refer to as half measures in NCDMF’s decision to end recreational and commercial fishing of striped bass in coastal waters. It’s an attempt to allow the growing population of wild striped bass to survive on their own. Striped bass are also commonly known as “striper,” “rock” and “rockfish.”

NCDMF announced the moratorium at the end of February after a series of public hearings. The moratorium went into effect yesterday. However, recreational fishermen are speaking out about the continued allowed presence of gill nets that trap and kill striped bass, though they’re meant for another fish altogether: flounder.

“They’ve been kicking the can down the road forever on flounder,” said Richard Andrews, owner of Tar-Pam Guide Services, in an earlier interview. “Commercially and recreationally, we cannot keep striped bass, but the flounder nets are going to be in the water this fall killing striped bass. … It’s going to be an incomplete measure unless those flounder nets are taken out.”

At last month’s meeting of the N.C. Marine Fisheries Commission, commission members requested a gill-net proclamation from Murphey, according to a press release from the commission. Murphey declined to take action. Going a step farther this month, the commission will also discuss requesting the North Carolina Wildlife Resources Commission to adopt the same striped bass moratorium for recreational fishing in waters jointly overseen by NCDMF and Wildlife Resources, expanding the areas where striped bass cannot be caught and kept.

The management plan is working with a stock that has had limited ability to sustain itself for the past four decades, according to the NCDMF. In 1980, the NCDMF began to stock the Tar-Pamlico and Neuse rivers and the Albemarle Sound with juvenile striped bass to promote natural spawning in those rivers. So far, the Albemarle’s tributary, the Roanoke River, has been the only waterway where the program has found success. Many believe the Roanoke’s depth and current — depth and current the Tar-Pamlico and Neuse do not normally have — are what determine eggs’ survival. However, a bumper crop of wild fish in 2014-15 led to greater numbers of wild versus hatchery-raised fish, which then led to the current NCDMF moratorium.

The emergency meeting of the N.C. Marine Fisheries Commission will be held at 10 a.m. Wednesday in the County Commissioners’ Meeting Room at the Lenoir County Courthouse, 130 S. Queen St., Kinston. The meeting is open to the public, but there will be no public comment period.

Starting Monday, the season may be closing permanently on striped bass in some local waterways. The North Carolina Department of... read more