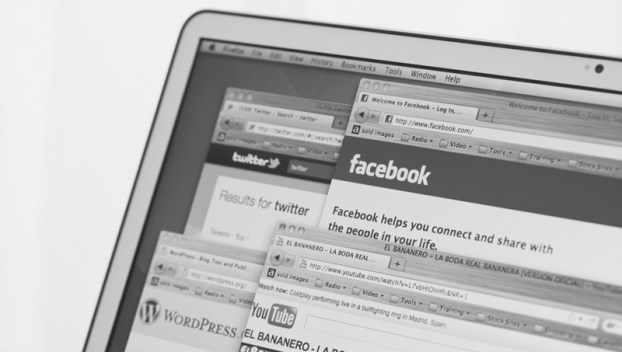 The problem is oversharing

Many people think of social media as this benign way to share photos of puppies, grandchildren and long-awaited vacations. But social media has a much darker side, one that prays on both users’ ignorance and their need to be the first to share a news story.

This applies to issues both great and small. It’s so very easy to see a meme — a photo with text, attributing the idea espoused as either about the subject of an image or a statement the subject has made — and think that a statement is true. Perhaps the photo appears to represent the statement itself, or what we believe the person pictured might say. But looks can be, and often are, deceiving. One recent example is a meme of Sen. Bernie Sanders as a young man being hauled away in handcuffs for “throwing eggs at civil rights protesters” in 1963. While it is a photograph of Sanders being arrested, he, in fact, was being arrested for resisting arrest while protesting against segregation in Chicago schools. What’s most ironic about the meme is that it includes this text: “This is the side of Bernie Sanders that CNN and the Fake News Media don’t want you to know.” The photo and text are prime example of “fake news.”

Whether you’re a fan of Bernie Sanders or not is not the issue. The issue is that it’s very easy to see a statement, such as that included in the meme, agree with it and share it without finding out if it’s true, partly true or patently false. By sharing a false statement without verifying it (and there are many ways to verify it, starting with a quick Google search), the person doing the sharing becomes part of a larger problem: the actual dissemination of fake news.

On a larger scale, those who share videos of violent attacks, while they could be motivated by horror or being “the first” to get news out there, might only be serving as a tool for those behind the attacks. For example, on Friday morning, a video made its rounds on Facebook, YouTube and other social media outlets. The video was taken by one of four people involved in the shooting deaths of 49 people and wounding of countless others at two mosques in New Zealand. The video was deliberately shared, likely for a variety of reasons: to boost the killers’ notoriety; to brag about their crimes; to promote hate; to promote violence.

But the spread of video across the internet could inspire worse: copycats, according to Steve Moore, a retired supervisory special agent for the FBI.

“What I would tell the public is this: Do you want to help terrorists? Because if you do, sharing this video is exactly how you do it,” Moore said in a CNN interview.

Be careful what you post. Find out whether it’s fake news. Determine if it’s terrorist propaganda. If you don’t and share it anyway, you’re part of the problem.

It’s an annual event that makes a deep impact. Every year, the ladies of the Pamlico River Quilter’s Guild gather... read more