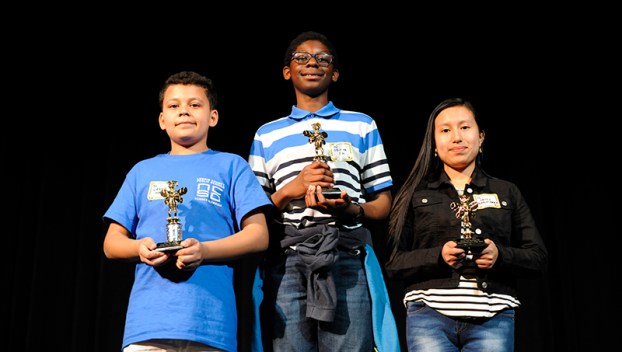 With his win, Obi receives an all-expense-paid trip with a chaperone to Bee Week and the Scripps National Spelling Bee, to be held in National Harbor, Maryland, in May.

Obi said he was excited about the win, as was his father, Reggie Obi.

Contestants for this year’s bee came from as far away as Ocracoke and as close as Chocowinity Primary School. Forty-four schools were registered, and 35 spellers participated in the bee where words ranged from an easy “stringy” to a far more syllabic “Meistersinger” (n. A member of any of various German guilds especially of the 15th and 16th centuries formed for the cultivation of poetry and music).

Each participant gets to the regional bee by winning his or her school’s school-wide spelling bee.

The Downeast Regional Spelling Bee is sponsored by the Washington Daily News, with assistance from Nutrien. The bee was held at the historic Turnage Theatre in downtown Washington.

County opts out of certifying IDs for voting

The county will not get into the business of certifying its employee IDs to be used as an accepted form... read more