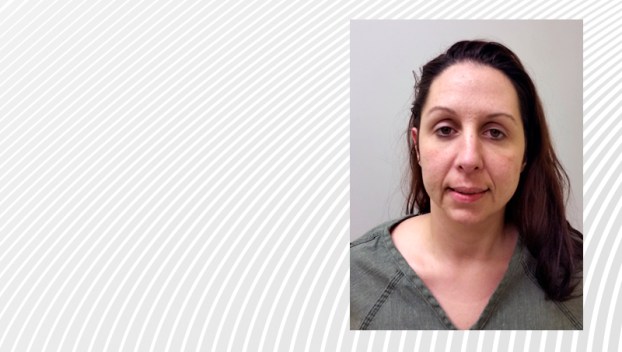 An accomplice of the man killed during an attempted robbery Monday at local sweepstakes and vaporizer store Player Vape was arrested by Washington Police Department on Wednesday.

Mindy Renee Sullivan, 38, of 821 Nashville Road in Rocky Mount, is charged with robbery with a dangerous weapon and first degree kidnapping as an accomplice of Grant Thomas Waters. Waters was shot and killed during the robbery early Monday morning by a Players Vape employee who is licensed to carry a concealed firearm.

According to Washington Police and Fire Services Director Stacy Drakeford, Sullivan never entered the business that night, and did not appear on any surveillance footage from the business. In allegedly conspiring with Waters to commit the robbery, however, she can be held legally accountable for his actions.

“Whatever he did, she can be charged with as well,” Drakeford said.

According to the warrant issued for Sullivan’s arrest, during the course of the robbery, Waters was able to steal $735 while brandishing a Ruger LCP .380 handgun. In addition to robbing the store, Waters also attempted to take a bystander, Reagan Walker, hostage during the incident, hence the kidnapping charge.

“She was never taken out of the store,” Drakeford said of the kidnapping victim. “There’s a whole lot of stuff going on in this case and the more we dig the more we find out.”

According to records from the N.C. Department of Public Safety, Sullivan was convicted of misdemeanor larceny and larceny after the fact in 2014, receiving a suspended sentence.

As of Wednesday afternoon, Sullivan was being held in the Beaufort County Detention Center under a $150,000 secured bond. Drakeford said that the investigation into the attempted robbery at Players Vape is ongoing, and anyone with information on the case is encouraged to call the WPD at 252-946-1444.

Rome comes to the Turnage Theatre stage this weekend, along with East Carolina University’s Opera Theater. For the second year,... read more