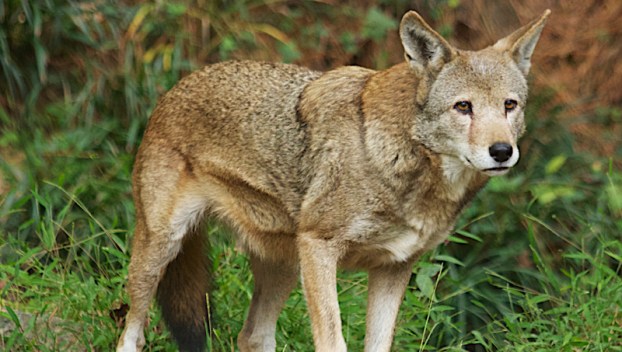 A DIFFERENT ANIMAL: For years, controversy has surrounded the status of the red wolf as its own distinct species. According to a study from the National Academy of Sciences, evidence points to the animals being physically and genetically distinct from coyotes and red wolf/coyote hybrids. (B. Bartel | U.S. Fish and Wildlife Service)

The red wolf is its own species, canis rufus, concludes a report released Thursday by the National Academy of Sciences. In the same breath, however, the report says that further evidence from historic red wolf specimens could change that assessment.

“It’s a good day to be a red wolf. We have never stopped believing that this animal was a unique species,” said Kim Wheeler, executive director of the Tyrrell County based Red Wolf Coalition. “That taxonomy question has been a roadblock for a while, and this removes that roadblock. Hopefully, U.S. Fish and Wildlife can resume active management and try to get a good, healthy population here in northeastern North Carolina.”

While conservationists such as Wheeler are lauding the report’s findings, there remains considerable opposition to the federal program to reintroduce and manage the once-extinct red wolf population in eastern North Carolina. On the Albemarle Peninsula, the Red Wolf Recovery Program is nothing if not controversial, often pitting environmentalists and wolf-lovers at odds with farmers and landowners.

During a February listening session hosted by the RWC and the Wildlands Conservation Network in Columbia, residents voiced concerns over the loss of pets and barnyard animals, reduced wildlife populations and frightening encounters with red wolves, according to an article in the Scuppernong Reminder.

In 2015, the N.C. Wildlife Resources Commission requested the USFWS end the reintroduction of red wolves on the Albemarle Peninsula, citing hybridization with coyotes, encroachment on private lands and failure to meet the project’s goals.

Funded by the U.S. Fish and Wildlife Service, the study was ordered by Congress in 2018 and was conducted at a cost of $391,836, according to documentation on the Federal Business Opportunities website.

Drawing on 61 sources and existing genetic studies, the section on red wolves establishes a number of findings on the red wolf as related to other canine species such as western grey wolves and coyotes.

A full copy of the study is available here.

As to how the study will impact red wolf management by the U.S. Fish and Wildlife Service, a USFWS spokesperson said the study is still under review. Currently, the USFWS manages red wolves in a variety of ways, including:

It remains unclear whether the USFWS intends to introduce more red wolves in northeastern North Carolina.

For 67 years, the Belhaven Community Chamber of Commerce has stood as an advocate for businesses and the community at... read more