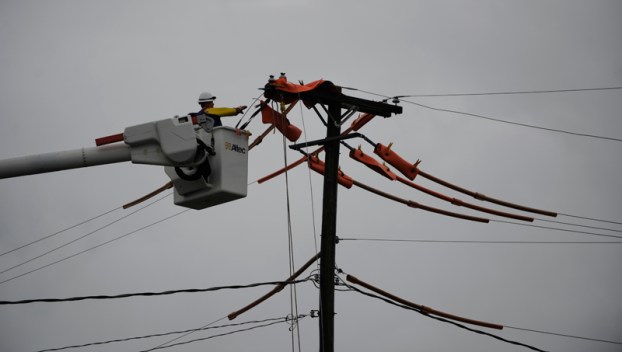 If the lights are while you’re reading this editorial, you can thank a lineman.

It’s a profession that not many people think about until the power goes off. In the wake of a major storm or hurricane, they’re hailed as heroes when the lights come back up after people have been without electricity for days.

When bad weather hits, they’re out in the thick of it, trying to keep the lights on, leaving their own families at home to look out for the needs of others. Sometimes they’re called out of bed at 2 or 3 o’clock in the morning to do so.

The business of providing electricity is a 24/7, 365-day a year job, and for the people that handle the lines that carry tremendous electrical currents, there is always an element of risk.

“I think the first thing that comes to mind when we have served Lineman Appreciation Day is the risk involved within the profession,” said Paul Spruill, General Manager and CEO of Tideland Electric. “The work that linemen do everyday, whether there’s an outage or otherwise, is very dangerous work. “

Because of that inherent danger, companies like Tideland, Washington Electric, Duke Energy — all place an emphasis on safety, first and foremost, to ensure that the line workers get home safe and sound.

In many ways, it is selfless work. The hours, the time away from loved ones — all is done in looking after the common good.

At the same time, the work of a lineman can also be thankless. When the power goes out, it can be a major inconvenience. For those with health apparatus that requires electricity, it can even be dangerous. For most of us, a short time without power is not going to be the end of the world.

While the average person is losing their head that the power is out, our linemen are trying their best to get the power back on in a timely manner. But there’s also safety to be considered, and the convenience of electricity is not worth anyone’s life.

So this month, take a moment to consider the work our local linemen put into keeping our electrical grid up and running. When the power goes out, give a thought to the lineman out there trying to set things right. If you see these guys out on a job, take a minute to say thank you — they deserve that more than right after a hurricane.

Yes, there is a ‘Carolina Alley’

When asked to associate a state with tornadoes, what’s the first state that comes to mind? Kansas? Oklahoma? You wouldn’t... read more