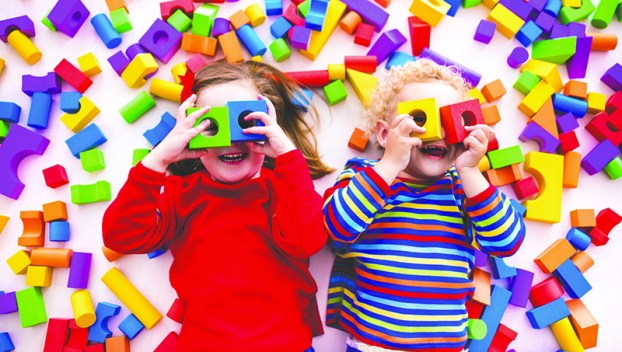 A refresher course in playing fair

In the capital of this great state, legislation is proposed every day. Some of it’s good. Some of it’s bad. Some bills are likely proposed just to get a reaction, knowing they will go nowhere. Other bills are introduced with the idea of creating change for the better, hoping that they will go somewhere.

Then there’s House Bill 485. It’s called the Virtual Early Learning Pilot Program or “Upstart,” a three-year virtual early learning pilot program targeting at-risk, pre-school age children. At a cost of $500,000 per year for those three years, these at-risk children will develop their school readiness skills, with oversight from a parent or guardian, on computers and internet supplied by the program. The goal is to “test the feasibility of scaling a home-based curriculum in reading, math, and science delivered by computers and the Internet to all preschool-age children in the state.”

Now, it’s probably the case that the book “All I Ever Needed to Know I Learned in Kindergarten” has crossed the radar of many Daily News’ readers. The advice author Robert Fulghum dispenses contains such gems as: Share everything; play fair; don’t hit people; put things back where you found them; clean up your own mess; don’t take things that aren’t yours; and say you’re sorry when you hurt somebody — all basic tenets of acceptable social interaction. Fulghum, however, went to kindergarten a long time ago. These things he learned in kindergarten are what today’s kindergarteners must already have in their ever-growing social arsenal before they get to the Big K.

Pre-school education is all about learning how to problem solve and work with others — other pre-K’ers — to solve those problems. It’s about learning how to communicate and be respectful of both adults and fellow students. Taken together, this socialization sets the foundation onto which classroom learning in math, science and reading can be built.

Putting children in front of a computer during this critical time of social learning is just the first problem with this HB 485. The next, pretty insurmountable problem is that it specifically targets at-risk children.

Who are these at-risk children? They are children “whose family’s gross income is at or below one hundred (100%) of the federal poverty level.”

What does that mean? It means some of these at-risk children might not have a permanent home or may move frequently, live in a hotel room or a shelter. They might live in areas where internet service is inaccessible — there certainly are internet deserts in many rural counties. They may live in more crime-ridden neighborhoods where items such as computers or iPads might be too much for a thief to resist. These at-risk children may be spending their days with Grandma or at a daycare that accepts vouchers, because their moms and dads both have to work to pay the bills. Who is going to oversee their technology-driven reading, math and science education then?

HB 485 has increasingly rare bipartisan sponsorship, which only proves that both parties are equally capable of bad ideas. And this bill is a bad idea. The only thing the “Upstart” program will do is up the risk factor for already at-risk children — at risk of not gaining the social skills they need; at risk of starting their educations behind the curve; at risk for failure in school and in life.

Perhaps some of this bill’s sponsors should have another crack at Fulghum’s book. They could use a refresher course in playing fair.

To the Editor: I have to take issue with Sen. Harry Brown’s proposed Senate Bill 377 to ban wind turbines... read more