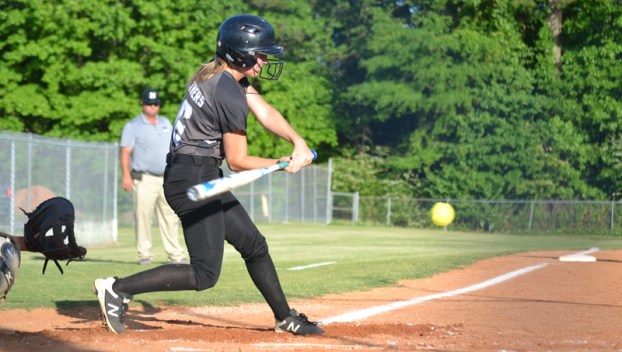 Panthers’ season ends in second round

PINETOWN — A valiant effort and comeback attempt in the bottom of the seventh inning wasn’t enough to overcome Vance Charter School on Thursday night, as Northside’s softball season ends with a 5-4 loss.

After receiving a first round bye, Northside played their first game of the 1-A state playoffs against a very fundamentally sound Knights team in the second round.

Knights’ pitcher Skylar Aiken did a great job of keeping pitches low in the zone with sinking action, so the Panthers’ batters were on top of the ball and hitting it on the ground most of the evening.

The Panthers’ resiliency shined through, as they were able to score a run from a throwing error in the third inning, scoring Elyse Brinn and cutting the deficit to 2-1.

In the seventh, both teams were going through the lineup for a third time, and batters finally starting getting their timing down. The Knights were able to push across three runs in the top of the frame, but the Panthers wouldn’t go down without a fight.

The Panthers’ would get a leadoff walk. A strikeout followed before three consecutive singles would cut the lead to 5-4. Another walk would put runners on first and third with one out.

Senior Logan Jefferson came to the plate and a squeeze attempt was played perfectly by the Knights’ relief pitcher to look back the runner before throwing to first to get the out. On the ensuing at-bat, a hard hit line drive down the first base line was caught by the fully extended glove of the right fielder.

In the ladder innings of the game, the Panthers had multiple hard hit balls to the wrong parts of the field, but head coach Eric Slade was still proud of his team.

“We didn’t play our best game, made some mistakes, didn’t hit the ball early, but I have to say they gave a valiant effort,” Slade said. “They fought, they came back, and we just come up one short. I can’t say enough about this group of girls, I love them with all my heart.”

The senior leader of the Panthers softball team, Amelia Woolard kept her head held high and talked about how much she loved her team after the loss.

“Every one of (the players on the team’s) attitudes are positive and encouraging. Every person comes out and gives 100% every single day,” Woolard said. “Everybody wants to be here, everybody wants to be around each other, and this is just the best year I’ve ever had.”

Spring athletics season has come and gone in a flash, but this particular season, the Pam Pack may try to... read more