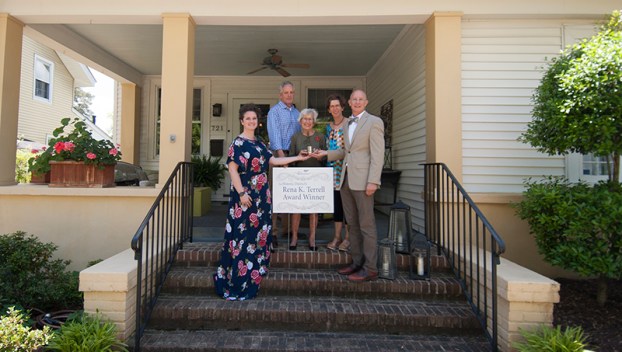 S.R. Fowle Jr. built the first Fowle home on West Main Street in the mid-1920s, at 718 W. Main. His brother built one practically next door at 722. Bud Fowle was born and raised on West Main Street; later, he’d move his bride, Sadie, into the house his uncle built, and the two would raise the next generation of Fowle West Main streeters: Sam, John and Frannye.

For nearly 100 years, there’s been a Fowle, or a few, on West Main. That’s why the Fowle family has been awarded the Rena K. Terrell Award for Stewardship: for taking care of four separate properties — three of them already historically recognized and a fourth on its way — for the past century.

“They rehabbed so many houses and have been contributing to the district for decades — for generations,” said Emily Rebert, the City of Washington’s historic preservation planner. 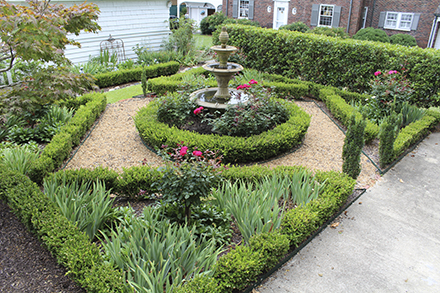 IMPROVEMENTS: Sadie Fowle’s transformation of a small, concrete jungle of a backyard into a geometric garden boasting boxwoods and roses surrounding the fountain is just one of a generations-long list of many improvements made to West Main Street houses owned by the Fowle family.

Today, Sadie Fowle still lives on West Main; her daughter, Frannye, lives a block away, just around the corner, on Washington Street. After 52 years at 722 W. Main St., Sadie Fowle moved across the street and a couple houses down to the Frank Kugler House at 721 W. Main St. She and Frannye bought the house together 12 years ago and it was Frannye who lived there first before she decided the cozy, 1950s ranch house on Washington was her ideal home.

“I love it. It’s got great bones. People love that house because it’s so unlike anything in the neighborhood,” Frannye Fowle said.

As for Sadie Fowle, she’d been biding her time — more than 50 years of it — to live in the craftsman-style house she’d admired since she first moved into the neighborhood, back when Mrs. Fannie Fowler lived at the address.

“I actually wanted this house. I came over and asked Mrs. Fannie Fowler how much she wanted for it, and she said, ‘Darlin’, it’s not for sale.’ I waited 52 years for this house,” Sadie Fowle laughed. 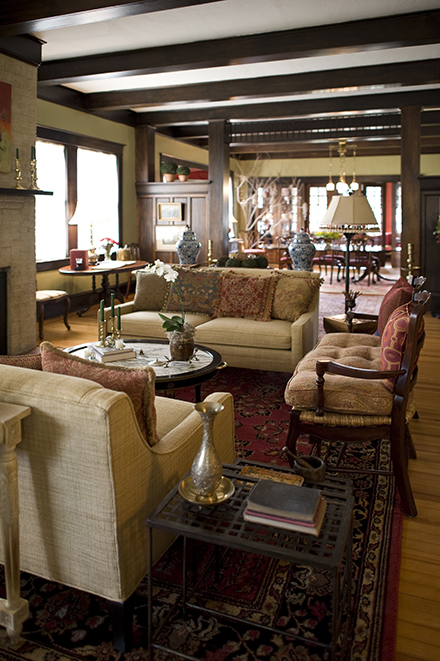 Both Sadie and Frannye Fowle have made substantial contributions to their respective homes: most recently, the Washington Street house is being painted—inside, the previously small rooms have been opened up to create a more modern, airy space; at Sadie Fowle’s home, a backyard landscaping project from a couple of years ago has reached its verdant peak, with beds of boxwoods and roses exploding in a geometric pattern around a stately fountain.

Their efforts, both past and present, have been appreciated.

“When you have a block of homes that are maintained and cared for over a long period of time that really helps stabilize a neighborhood, anchors a neighborhood and promotes a neighborhood. And that’s what has occurred,” Campbell said.

It never occurred to these members of the Fowle family to do differently.

“It is and always has been a very family oriented and grounded neighborhood. The people who live here take pride in what they have,” Sadie Fowle said. “It’s just a very safe, comfortable, historic neighborhood, and I just love it.” 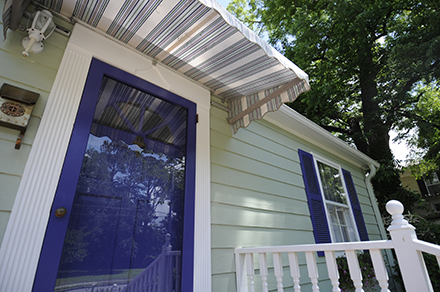 ON ITS WAY: Frannye Fowle’s home on Washington Street is a small, 1950s ranch that is well on its way to being a “contributing structure” to the historic district.

It was a safe, comfortable place to raise a family, and still is today, according to the Fowles. Past generations grew up playing on the “horse lot,” the land on which some of the neighborhood stables were housed in the time before automobiles, and ran in packs around the neighborhood. For the Fowles, every structure, every house, every corner or tree has meaning.

“The neat thing about growing up here was that so many of the families were here for years. We all grew up together,” John Fowle said.

“Every single thing on West Main Street has a story,” Rebert added.

It takes a special kind of homeowner to pass up new homes and devote the time and money it takes to keep a historic home in historic district shape. The Fowles have mastered the art through the generations.

“The quirks have to be things you love: uneven floors, cracked plaster,” Sadie Fowle laughed. “You’ve got to love it.” 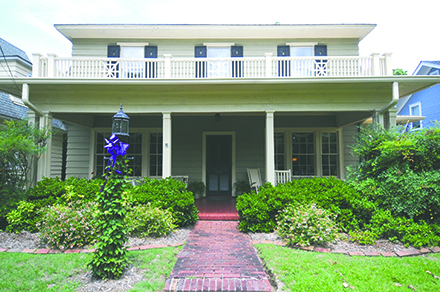 From Pamlico Sail & Power Squadron Most recreational boaters, sailors, personal watercraft and fishermen are by now either on the... read more