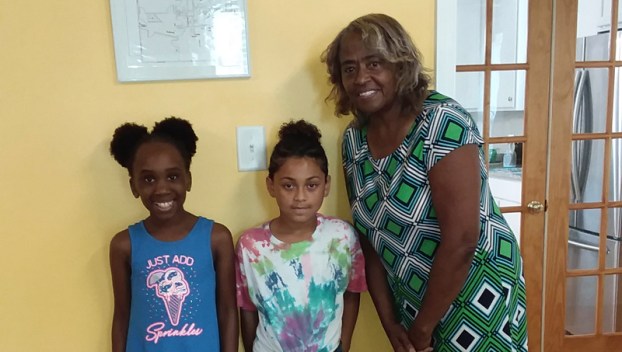 From Reaching for the Star Tutoring Program

What a great demonstration historian Leesa Jones, with Waterfront Underground Railroad Museum, recently shared at Reaching for the Stars Tutoring Program.
Jones talked about slavery communication, secrets and coding of the “freedom seekers” as they planned for their freedom right in our hometown of Washington. One particular example Leesa Jones gave was about the black eyed peas. The slaves would drop them on the ground to indicate to freedom seekers that too many eyes were watching and it was not safe at the time to escape. We also learned the museum has had visitors  from all over the country.
We also learned there were about 300 years of African American history in our area of Washington.
“Freedom Seekers got their freedom from the Washington waterfront from 143 plantations in the greater Washington area,” explained Jones, the founder and curator of the Washington Waterfront Underground Railroad Museum.

The Washington Waterfront Underground Railroad Museum opened in 2016 to share historic information about freedom seekers. The refurbished railroad car is located near the town’s Civic Center.
Reaching for the Stars would like thank everyone who came out and to thank Jones again thank for her hospitality, her knowledge and the desire to research the city in which she was born and raised. Reaching for the stars is located at 814 Fleming Street, Washington.

While growing up on Tenth Street, I was fortunate that my dad wanted his uncle to live with us. Daddy... read more