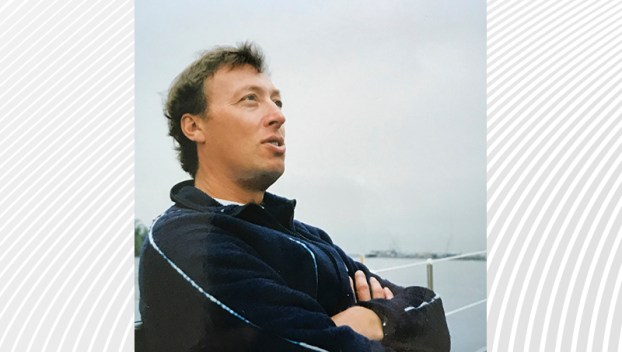 Jeremy was born in Leicester, England. Though there were early signs of an interest in boats and the sea, he did not start sailing until his early 20s. As a teenager, he immersed himself in physics, electronics and computers. He took a physics degree at the University of York, England. While there, his desire to help people surfaced, and he took up social work, firstly on a voluntary basis and then paid. This led to a further degree (University of Exeter) and then full-time social work.

During several years of living and working on the south coast of England, he gained experience on a variety of different boats in challenging conditions and achieved the Yachtmaster qualification. Then, on his birthday in 1988, after months of careful preparation, he set off on his beloved 32-foot sloop Melos. He cruised the Iberian coast, crossed the Atlantic, and arrived in the Caribbean two days before Christmas. From there, he cruised the Caribbean and worked as a charter captain in St. Maarten. Eventually he sailed to Florida, on to Galveston, and then to Clear Lake, just south of Houston, Texas, where he lived for the next 25 years and would meet the love of his life and future wife, Janet.

In 1991, he formed his own business, Blue Water Cruising, developing classes in navigation, diesel engine maintenance and boat electrics, and weather, and offering consulting to those planning to cruise. He logged many thousands of miles on ocean passages, mostly for work, but also for pleasure. In 1993, while continuing teaching and consulting, he added yacht sales as the major focus of the business (later known as HSH Yachts).

Jeremy was a well- known and respected yacht broker, speaker and teacher in the boating community. As a broker, he tried to steer people towards the right type of vessel for their needs and experience. He was a prolific author of articles, and his book, “Safety Preparations for Cruising” was published by Sheridan House in 1997. Many people have said what a major influence he had on their lives.

He met his wife, Janet Grobe, through their shared passion for sailing and the ocean. They made several voyages together, and he even loaned her Melos to sail across the ocean while he stayed home with the kids. He usually put her interests before his own and together they made a great team. He was and will always be her navigational star. He adored his stepchildren, Christopher and Bronwyn, encouraging them in all their activities, and in pursuing their dreams. He organized numerous memorable family vacations traveling to “un-touristy” places.

In 2015, he sold his business and moved to Washington, so Janet could take a position at East Carolina University. There he devoted time to doing most of the construction work remodeling their house, while exploring the coastal waters, mountains and woods of North Carolina. He was an active member of Rotary International both in Texas and North Carolina for many years and served on the board of the Little Washington Sailing School. He loved baking from scratch, grilling Texas BBQ, and eating ice cream. He favored the “Russian doll” style of wrapping gifts, keeping both the receiver and spectators in delightful suspense. He adored throwing a good party and fixing everything with his own two hands. He quoted poetry and loved music, (though he could hardly carry a tune). A Renaissance man of great integrity, he despised hypocrites and liars, refused to say anything he didn’t believe, treated everyone with kindness and respect, and lived up to his word.

Jeremy’s life was tragically cut short by a rare form of cancer, but he will live on with his many friends and his family. He is preceded in death by his parents, Roy and Sheila Hood, of Barrowden, England, and is survived by his wife, Janet Grobe Hood; stepchildren Christopher Wyatt (New Orleans, Louisiana), and Bronwyn Higgins and her husband, Tony (Flower Mound, Texas); brother Richard Andrew Hood and his wife, Lusha (Sainte Alvere, France); sister Alison Hood Chaplin and her husband, Dean (County Kerry, Ireland); niece Rachel Gillham and her husband, Billy, and children William and Lily (Market Overton, England); aunt Valerie Pickering and her son, Graham (Tasmania, Australia); cousins Liz Raymond and Jenny Barrow (England); mother-in-law Kathleen Grobe and sister-in-law Nancy Grobe (Austin, Texas).

Memorial gifts may be made to the charities Jeremy chose: Rotary Foundation, www.rotary.org/en/donate, and the Little Washington Sailing School, www.littlewashingtonsailingschool.org/.

He hated funerals and neckties, instead preferring parties to celebrate life events. With his infectious grin, Jeremy rarely said “bye,” just “bye-for-now.” As a fellow sailor and friend said, “Sail on, Captain Jeremy. You lived a great life. Enjoy your new-found freedom.”

An informal gathering of friends and family will be held at his residence at 210 Sunnyside Drive, Washington, from 2:30 until 5 p.m. Sunday, Sept. 22. Please, don’t wear a tie.

Condolences may be offered to the family by visiting www.paulfuneralhome.com.

Paul Funeral Home & Crematory of Washington is honored to serve the Hood family.