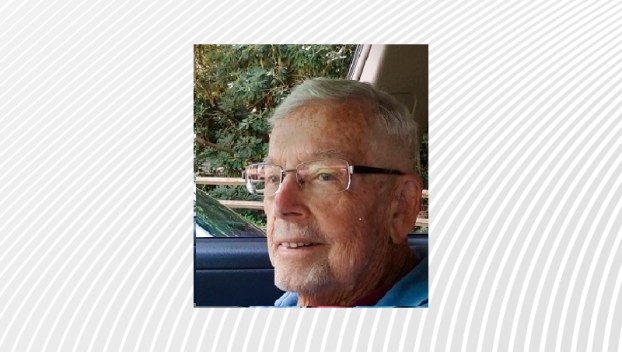 Bob was born in Inglewood, California, to the late Marian Louis and Donald Edward Graves in 1937. The family soon relocated to Ohio. Although Bob attended Sandusky High School in Ohio, he graduated from Cleveland West High School in 1955. After serving five years with United States Air Force Intelligence in Turkey and Japan, he graduated with a B. Ed. from the University of Miami, Coral Gables, Florida.

He began his mortgage banking career in Ohio and retired in 1998 as a Vice President of Huntington National Bank in Columbus, Ohio. In retirement, Bob and Mara moved to “our own little resort” in Chocowinity. He was active on the Board of Habitat for Humanity, serving as a director and treasurer. He thoroughly enjoyed his stint as a dockmaster and the first manager of the Cypress Landing HOA Marina.

A quiet and down-to-earth man, he enjoyed fabricating model boats from a solid block of wood, fishing, messing around with cars and boats, and working outdoors on his annual winter landscape project. He was an avid reader, with an astonishing wealth of knowledge and interests. He will miss the camaraderie of the “Table of Knowledge” and his ties with the “Blue Hats.”

He is survived by his wife of 37 years, Mara, of the home; his son, Jeffery Graves and wife Heather, of Marysville, Ohio; his daughter, Kimberly Balezentis, of Lakeaway, Texas; stepson Dr. Erik White and wife Kelly, of Wooster, Ohio; and his sister, Betty Mullenix and husband Doug, of Ashland, Ohio. Also surviving are four grandchildren, Jessica (Mike) Murphy, Bradley (Rachel) Gerke, Kayla Balezentis, Ronan White; and step-grandson Hawkins Stockdale. Bob was also the great-grandfather of four.

A grateful thank you to Dr. Thomas Lee and Dr. Jessica Hildebrand of Physician East, Greenville, for their care during Bob’s illness and to the staff of Community Home Care and Hospice Care of Washington, especially Tina Ayers, hospice nurse, for their devotion and care these past three and one-half weeks. Bob was truly appreciative of his friends for their thoughtfulness, kindness and assistance.

No service is planned since Bob gifted his body to the ECU Brody of Medicine. A Celebration of Life is planned first with family in Ohio and at a later date in Chocowinity.

In lieu of flowers, Bob wished any memorials, if so desired, be made in his name to St. Jude Children’s Research Hospital, 501 Saint Jude Pl, Memphis, TN, 38105.