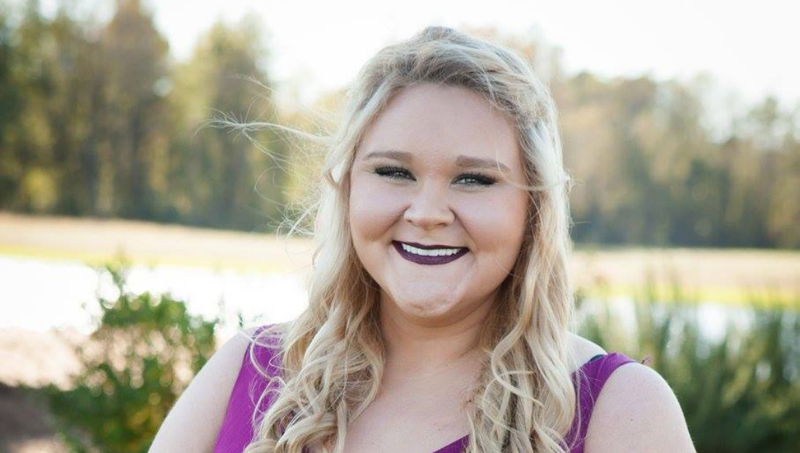 PACTOLUS — May 13 was a day of tragedy for the Whitehurst family of Pactolus. It was the day they lost their daughter, Caitlyn Whitehurst, to a deadly act of domestic violence.

Whitehurst was ambushed that night as she was leaving her family’s property on Whitehurst Lane in Pactolus. Her ex-boyfriend Christopher Garris, who she had recently left, had been waiting for her departure and opened fire on her vehicle with a shotgun. She was killed, and Garris turned the gun on himself, ending his own life.

From that senseless tragedy, Whitehurst’s sister, Logan Whitehurst, is working to build something positive — a 24-hour safe house for survivors of domestic violence who are in need of assistance.

“My sister was an extremely positive person,” said Logan Whitehurst. “You never saw her without a smile on her face, despite what she was going through. She went through this for six and a half years and none of us even knew because she kept it to herself. This completely came out of nowhere, and we had no idea that he was capable of doing this to her. Because of the person she was, she kind of left a legacy for me to fulfill.”

In the months following Caitlyn’s death, Logan Whitehurst has established a nonprofit foundation in her honor called Caitlyn’s Courage to make that vision a reality. On Oct. 5, the nonprofit will host a Domestic Violence Gala in her honor, both to raise awareness of domestic violence and raise funds to help establish the safe house.

“We don’t want anyone else to go through what our family went through and especially not what my sister went through,” Logan Whitehurst said. “Nobody deserves to live in fear or be beat on or abused in any form.”

Tickets for the gala are available online at www.caitlynscourage.com, along with more information about the organization. The event will take place at Whitehurst Lakehouse in Washington on Oct. 5 at 7 p.m. The evening will feature a silent auction, a guest speaker on the topic of domestic violence and live music from Spare Change.

“My family would have not thought twice about any of this until it happened to us,” Logan Whitehurst said. “That’s really what’s drawn us to make our own foundation. We want to change this. We really want to impact other people and help other people who are going through this.”

Locally, there are resources available to help survivors of domestic violence. From assistance leaving abusive situations to providing shelter and advocacy in the courtroom, these organizations are ready and willing to help.