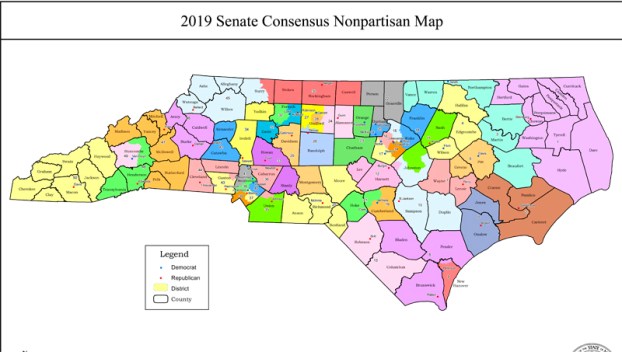 SENATE: The redrawn N.C. Senate map redrew seven county and regional groupings. Both maps will now have to be approved by state courts. (N.C. General Assembly)

The maps now go before a three-judge panel that ruled earlier this month that maps used during the 2018 legislative elections were tainted by partisan gerrymandering designed to give Republicans an advantage in elections. The court ruled this a violation of the North Carolina Constitution’s Free Elections Clause and ordered that the N.C. General Assembly redraw the maps.

Most changes focused on districts in the Piedmont and Mountain regions, with the most significant changes in eastern North Carolina coming in the southern part of the state.

The redrawing of the state maps is the second in the past decade. In 2016, a federal court ruled that more than two dozen legislative districts drawn in 2011 maps were illegal racial gerrymanders. Those maps were revised by legislators in 2017, but state judges still found those maps to be shaped with partisan advantages in mind.

As for the new maps passed this week, local legislators Rep. Keith Kidwell (R-Beaufort) and Sen. Erica Smith (D-Northampton) were on opposing sides when it came time for a vote. While Kidwell voted in favor of the new House and Senate maps, Smith voted against them.

For Smith, the criteria used to draw the maps placed too much focus on incumbency protection and not enough on other factors such as district compactness and areas of interest. She pointed to her own Senate district as an example of one that might have benefited from a heavier focus on those criteria.

“Senate District 3 has one of the lowest ratings in terms of geographic compactness,” Smith said. “That district spans from Beaufort County in the southeastern part, all the way up to Vance County. I was disappointed that one of the criteria that was voted down by the county was communities of interest. Beaufort County has been a coastal county for the last 150 years. They’ve been with the other counties that have more in common. With it being so far removed from a Vance County or a Warren County, it’s really hard to have the effective opportunities for your voice to be heard because there is such a marked difference in what these communities face.” 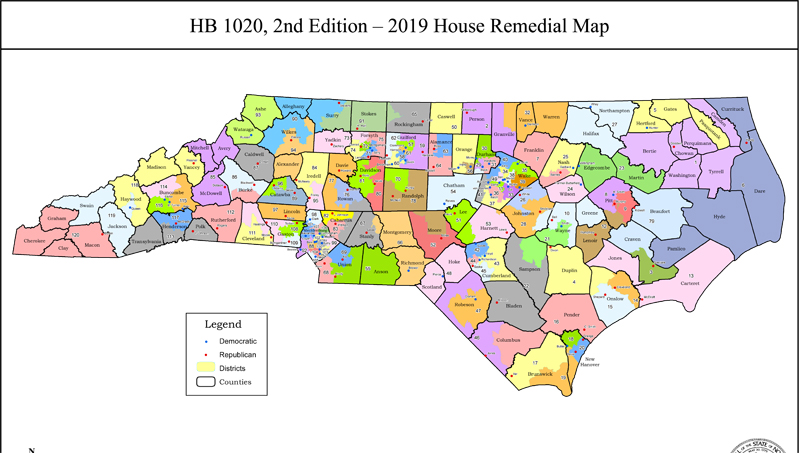 HOUSE: The newly passed N.C. House map made changes to 14 county and regional groupings, to be used only in the 2020 elections. (N.C. General Assembly)

Kidwell, meanwhile, said in an emailed statement that he is ready for the state to be done with court battles over the legislative maps. Although votes in the House and Senate on the maps fell largely among partisan lines, Kidwell lauded the bipartisan and transparent nature of the redistricting process.

“While I disagreed with the court’s decision, like all North Carolinians I am ready to put this never-ending litigation by the Democratic Party behind us and move on to taking elections to voters instead of judges,” Kidwell said in an emailed statement. “Elections are about supporting good policies that attract voters and Republicans’ pro-growth economic reforms and education investments are working for North Carolina, so we are confident of maintaining a majority under any maps given how far Democrats have moved to the left on issues important to people of this state.”

In the N.C. Senate, Smith was among the sponsors of SB 692, a piece of legislation that would call for a change to the N.C. Constitution that would create an independent citizens redistricting commission to handle future redistricting. The bill is currently in the Senate rules and operations committee. Kidwell, meanwhile, cited the N.C. Constitution in saying that drawing legislative maps is clearly the responsibility of the General Assembly.

PACTOLUS — May 13 was a day of tragedy for the Whitehurst family of Pactolus. It was the day they lost... read more