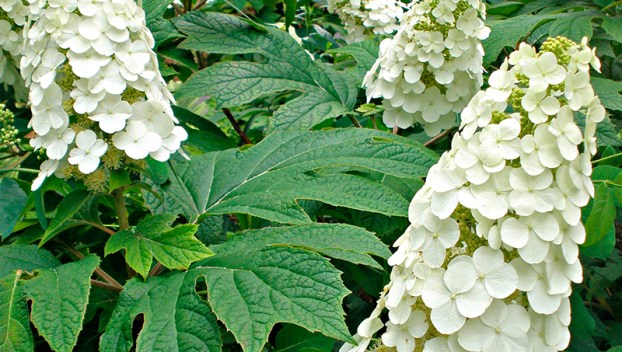 Can I prune my shrubs yet?

The truth is, when I get this question, it is usually from a sad husband who thought he was ahead of the curve by getting the fall landscape work done a little early. However, his much more intelligent wife has now made him aware that this isn’t the time to prune shrubs and trees. Then the poor husband calls me to see if he has in fact jumped the gun. Not only am I a horticulture agent, I also solve marital disputes, even though I have not stayed at a Holiday Inn Express lately!

Now is not the time to prune your trees and shrubs. I know the weather is cooling down, and we want to enjoy those last few weeks of sunshine before winter gets here but you would be much better served by touching up your mulch or putting out a pre-emergent on your lawn.

Pruning nearly always elicits a growth response in woody vegetation. If we prune now, our woody ornamentals will respond in turn by flushing out new growth. This new growth is green and succulent, the exact opposite of woody and hardy, which is what we want to survive the winter. Pruning in late summer or early fall will stall our woody vegetation in beginning to set-up for dormancy. There are hormonal processes that occur when the days begin to shorten and the weather begins to cool that our trees and shrubs go through to get ready for cold weather. When we prune after July 15, we can really hinder this process, causing the plant a high level of stress.

I mentioned not to prune after July 15, but that doesn’t mean this is the best time to prune! The best time to prune woody ornamentals is in late winter to early spring. Really, in eastern North Carolina, we want to think mid-February to early-March for our pruning activities. Try to have your pruning completed before bud break, and you will be in great shape.

When pruning, try to not take more than one-third of the mass of the tree or shrub at one time. If something is overgrown, think about pruning one-third, each year for several years until it is back in shape. You can also think about a rejuvenating pruning where you take out all of the older stems, leaving mostly young stems behind. In severe cases, such as when “Crepe Murder” has been committed, you can cut the plant back to the ground and regrow from the ground up. When doing this, make certain this is a plant that can handle such abuse — there are many that can! In the instance of a crepe myrtle, cut the tree all the way to the ground in late winter. The response from the tree will be to send up multiple shoots. Select the shoots you wish to keep and pinch off the rest with your fingers. This may need to be done a few times throughout the season but this will focus the plant’s energy into growing the selected stems. This process will regrow a healthy, aesthetically pleasing tree to replace the pin cushion you may have now.

The exception to the rule of pruning in late-winter to early-spring is spring blooming shrubs. Plants such as azalea, forsythia or viburnum that bloom in the spring before May should be pruned as soon as flowers begin to fade. These plants flower on last year’s wood so the flower buds are actually formed during the previous summer or fall. If they are pruned before blooming, chances are they will not bloom at all that season. Another exception is Hydrangea — you need to know the species you have to know when to prune. Bigleaf and Lacecap (Hydrangea macrophylla) flower on last year’s wood, so prune after blooming is finished in the spring. Oakleaf (H. quercifolia, native) also blooms on last year’s wood; prune shortly after blooming if pruning is needed at all. Most of the time, Oakleaf keeps a great form not requiring much pruning. Panicle Hydrangea, most notably “Limelight” (H. paniculata), flowers on new wood. This is one that can be pruned in the winter to give a better bloom from July through September. Smooth Hydrangea (H. aborescens), such as the cultivar “Annabelle,” grows on new wood as well. This plant should be pruned in late winter for best results.

If you have a question to submit, please email to Gene Fox at gene_fox@ncsu.edu. If you’re having trouble with growing in your home landscape, call the Extension office at 252-946-0111 and speak to an Extension Master Gardener volunteer, Mondays and Wednesdays between 10 a.m. and noon. There is going to be an Extension Master Gardener Volunteer training series this spring. Learn more on Facebook at the Blacklands Area Horticulture page or visit the Extension Office located at 155 Airport Road!

When later becomes too late

There’s no doubt the world is changing — its existence has evolved from its birth and will continue to evolve... read more