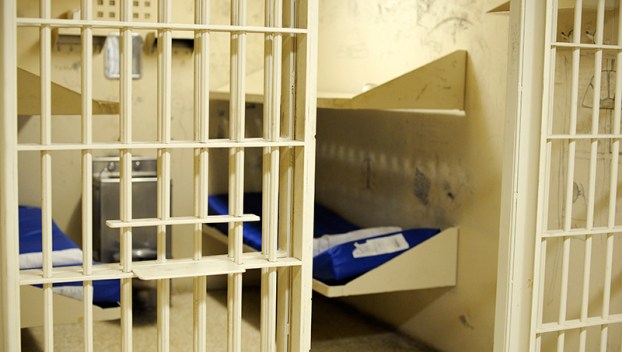 In the face of statewide staffing shortages of corrections officers and prison personnel, the N.C. Department of Public Safety announced earlier this week the temporary closing of three N.C. prisons for at least six months, including the Tyrrell Prison Work Farm in Columbia.

For local jails such as the Beaufort County Detention Center, the staffing shortages and subsequent closings are having a trickledown effect. According to Beaufort County Detention Center Lt. Kathryn Bryan, the local jail is currently dealing with a backlog of about 20 convicted inmates who have already been sentenced to prison. Bryan said it remains unclear when these inmates will be moved from the local jail to prison.

“With their closings, because they’re tied up moving those inmates to other facilities and reassigning staff, they’re not taking inmates in this area that have been sentenced to prison,” Bryan said. “They’re on backlog for an unknown period of time.”

Bryan says she can’t find other jails to house inmates because other facilities in the region are experiencing similar situations. With the uncertainty of when DPS will begin accepting these inmates again, she says she doesn’t want to move them to a new facility.

“We’ve been spending all day (Friday) trying to shuffle inmates around so that we don’t have some incidents of violence or sexual misconduct or all the other things that go along with being overcrowded and not properly classifying inmates,” Bryan said. “If they’re not even going to evaluate the effectiveness of those closures for six months, I think we’re playing the long game.”

For the staff at the prison, and the offenders housed there, the temporary closure will mean a move to new facilities. Staff at the Tyrrell prison will be redeployed to high-vacancy prisons throughout the region, including facilities in Pasquotank, Bertie and Hyde counties, according to N.C. DPS Communications Office John Bull.

“While some reassigned employees may see longer commutes, it is anticipated that the reduction in required overtime will mean they won’t need to make the longer commute as often. Some of the reassigned employees will see reduced commutes from their homes to their new assignments,” Bull wrote in an email. “With this redeployment, the goal is to mitigate any disruptions on the reassigned staff’s personal lives and to retain every employee. The suspension of operations at these three facilities will be re-evaluated six months after the suspension of operations occurs at each location.”

Bull noted that the affected employees would not see any reductions in salaries, and those transferred to higher-custody level prisons, such as Bertie Correctional Institution, would receive a salary adjustment. Tyrrell Prison Work Farm is a minimum-security prison.

As to the offenders at Tyrrell, Bull says they will be spread out among other minimum-security prisons throughout the state, including the Hyde Correctional Institute, which is being reclassified to exclusively house minimum-security offenders.

Statewide, the current correctional officer vacancy rate is 21% on average, a number that has risen steadily in recent years, according to Bull. Despite recruitment efforts on the part of DPS, many positions remain vacant throughout the state.

“As a result, staff at a number of prisons are forced to work mandatory overtime shifts to support and maintain basic security and safety operations,” Bull wrote in an email. “This has led to significant increases in overtime costs, as well as employee burn-out, and morale and wellness issues.”

As far as addressing the issue, DPS has been especially aggressive in its recruitment. Since initiating its most recent recruitment drive in March 2018, Bull says the department has attended more than 845 events for jobseekers statewide, including 264 since April of this year. Salaries for corrections officers were increased by 4% in 2018, with additional raises in the budget for this year.

Additionally, for uniformed staff at prisons with chronic vacancy rates of more than 20%, a salary differential boost of between $2,500 and $7,500 per year will soon be implemented, according to Bull.

It’s no secret that the internet can be a scary place, with cyberbullying and online safety becoming hot topics in... read more