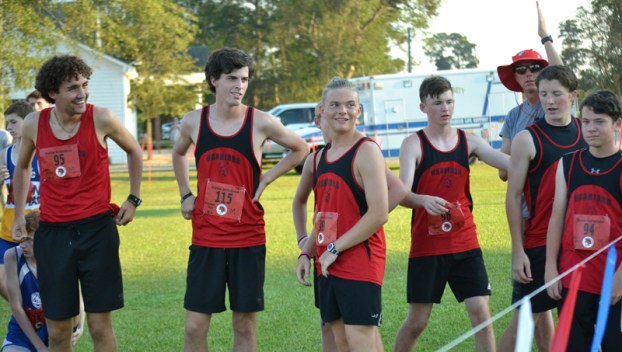 In the middle school race, Montessori’s Avery Martin was the top finisher for his school with a 10th-place finish, while Dakota Blaylock finished 20th and Ben Brewer in 25th.

Unity Christian’s top finisher was Colin Crocker who came away with a 16th-place finish with Josh Lewis finishing right behind him for 17th. Alex Crisp finished 29th to round out the top scorers for the Warriors. Caleb Lewis, Breenen Crocker, Ryan Bradbury and Tripp Babon all finished the race for UCA.

The high school meets were very competitive. Southside’s Ballance won the meet, which was her first win in her three-year career so far. She also had her personal best time at 23 minutes 41 seconds.

“I just kept trying,” Ballance said about knocking off a couple minutes off her time from the day before. Ballance said her goal throughout the remainder of her high school career is to earn a scholarship, and knock her time down into the 19-20 minute range. Southside’s Destiny Ward finished 19th, and has been steadily improving since rejoining the team last week, according to her coaches.

Unity Christian’s Catherine Cutler finished second in the event with a 24:05 and it isn’t the first time she’s finished near or at the top of the charts.

“I finished first in our last race at Pungo, and I finished first in a race in Wilson when I was in eighth grade,” Cutler said after the meet. “I think I just need to run all year long (to improve). That’s what I keep telling myself. Coach Sawyer and I agreed that I can probably get down into the 21 (minute range).”

Freshman Madison Page Blackburn finished third overall, with a time of 25:29 for the Warriors. Carly Harbrige finished 26th overall, and freshman Megan Jensen was unable to run on Thursday with a broken toe.

As for the boys’ meet, Ethan Sommers ran away with the victory, setting a course record of 17:09. 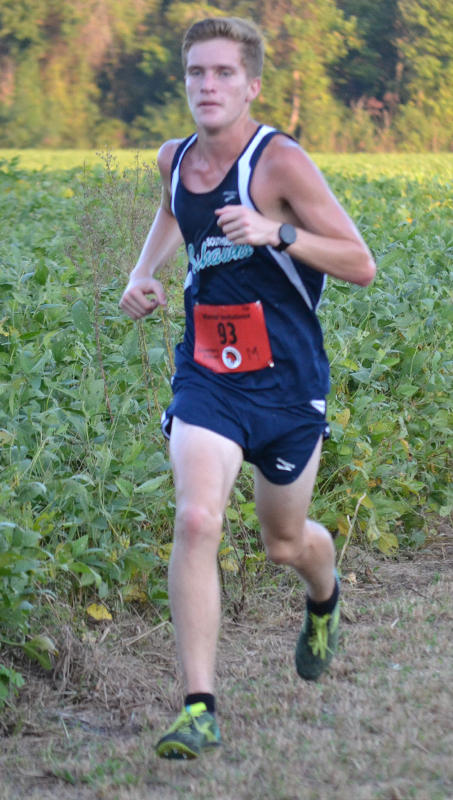 For Unity Christian, they had many runners in the top half of all finishers. Will Rose was the top finisher for the Warriors with a fifth-place finish and time of 20:41 and Colby Case finished 13th with a 22:25. Jack Kirkman (21st), Jeffrey Harris (28th), Lucas Cutler (33rd), Adam Crisp (34th) and Logan Barker (36th) all finished the race for the Warriors.

Head coach Ivan Sawyer was proud of his runners and the season they’ve had thus far.

“We’ve done really well. My top boy and top girl have medaled in every race from here all the way to Smithfield,” Sawyer said. “They just need to get more miles in (to improve) but they all play soccer and volleyball so trying to get in the extra miles is very hard, but that’s how to do it.”