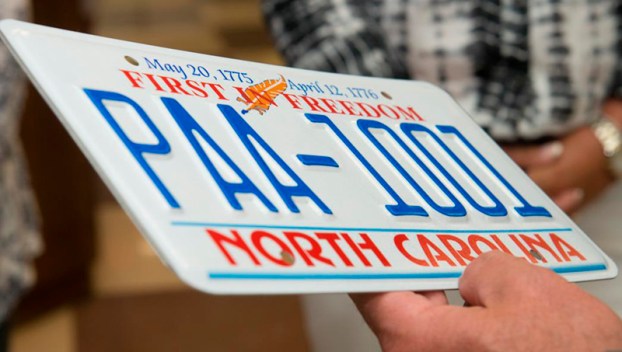 The process of finding a new contractor to run a license plate agency in Beaufort County is back to square one after a prospective contractor was unable to secure real estate space for a new office.

According to representatives from the North Carolina Division of Motor Vehicles, it may be four to six months before Beaufort County will have a tag office up and operational. On Tuesday, the NCDMV issued a press release seeking new potential contractors to run the new office.

“The process for accepting applications will run through Nov. 8, followed by interviews and background checks,” wrote NCDMV Communications Officer John Brockwell on Tuesday. “The Commissioner will make a decision from the applicants and award the contract. The contractor will then find a location for the agency and begin the process of hiring a staff and training. The entire process could take four to six months.”

The reset comes 10 months after the DMV first put out a call for applications for a new contractor back in December 2018 to take over services following the retirement of Jesse and Peggy Rawls. The couple had run the agency on Market Street for 37 years before retiring May 31.

Initial estimates from the DMV placed a new tag office opening in July, but issues with finding a new location held up the process. According to Brockwell, the DMV has received interest from prospective contractors for the second go around.

In the meantime, Beaufort County drivers needing tag or title services will have to either go online or travel out of county for those services. Operations at the N.C. Drivers License Office on Carolina Avenue are unaffected.

Until the new license plate agency opens, the NCDMV is referring Beaufort County customers to online services at www.ncdot.gov/dmv. For in-person services, the NCDMV suggests visiting following locations in the vicinity of Beaufort County, Mondays through Fridays, except where noted:

Anyone interested in operating the new tag office can download the necessary forms at www.connect.ncdot.gov/business/DMV. Applications are due by Nov. 8, and interested applicants can call 919-615-6053 with questions.

In June, three air conditioning units and a compressor were on the verge of failure at the Blind Center of... read more