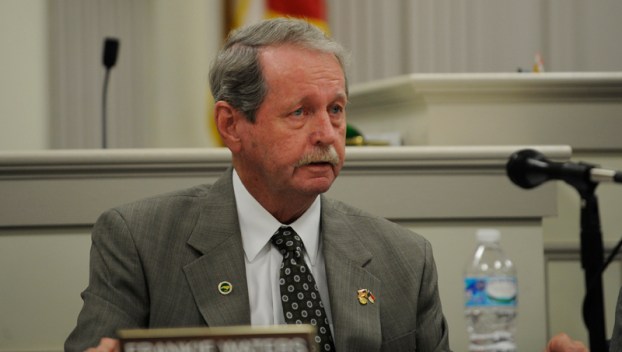 County Board loses a dedicated public servant in Brinn

Beaufort County has lost one of its leaders.

Beaufort County Commissioner Gary Brinn died Tuesday night at Vidant Medical Center in Greenville. According to officials, the 74-year-old had suffered a series of health issues in the last several months, though he always remained upbeat about how he was doing.

“Gary was a great guy. His heart was always in the right place, trying to do the right thing. I enjoyed working for him,” said Beaufort County Manager Brian Alligood. “My thoughts and prayers are with his family.”

Brinn was in his second four-year term on the Board of Commissioners. A native of Beaufort County, he attended public schools in Bath and Virginia Beach and studied at Roanoke Bible College before coming back to Beaufort County and operating a landscaping service for nearly four decades. Public service called Brinn in 2012 when he ran for county commissioner and won; again, in 2016. His current term expires in 2020.

Brinn’s commitment to working for the people of Beaufort County was recognized by his fellow commissioners.

“I think Gary was very sincere and really wanted to do the right thing for the citizens and county. We differed from time to time on the tax issues, but at the end of the day, we still had an excellent relationship,” said Frankie Waters, a fellow Republican commissioner. “He was a very easy work with. … Gary would disagree and turn around the next day and call you to see if you were doing OK.”

Commissioner Jerry Langley, a Democrat, also was impressed by Brinn’s dedication to working with others to do what was best, regardless of political affiliation.

“The first time he ran for county commissioner, Ed Booth and I were at the Board of Elections and he approached us and he told me he wanted to work with us — he was a Republican with Democrats — and he wanted to work with us to do what’s best with the county. A lot of people don’t do that; they get caught up in the whole ‘R’ and ‘D’ stuff,” Langley said. “Gary was very dedicated to what he was doing, and he was always trying to make a difference. We didn’t agree about everything and a lot of things we did agree on. He really had a heart for people. He dearly loved the school system, sometimes he wanted to go too far with the schools — he had a heart for the school system. He was a really good guy.”

Among many others, Brinn served on the finance committee and the water committee, which Waters said was a very active committee, responsible for all the research leading up to the current replacement of old meter infrastructure with smart meters, a major investment for the county.

The Beaufort County Republican Party’s executive committee has 30 days to submit the name of Brinn’s replacement on the Board of Commissioners.

Brinn’s memorial service will be held at 2 p.m. Saturday in the Chapel of Paul Funeral Home & Crematory in Washington.

Among the structures damaged or destroyed on Ocracoke by a tidal backwash after Hurricane Dorian, the Ocracoke School campus was... read more