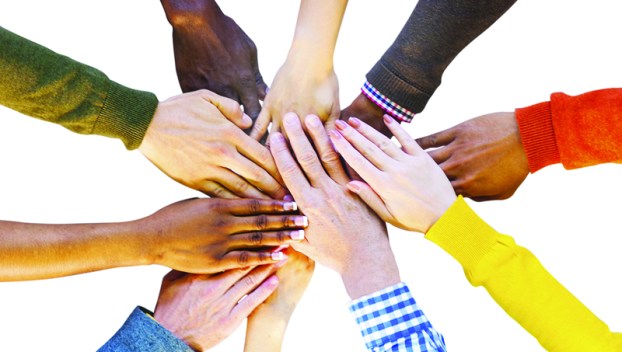 Commissioners speak out against hate

The Beaufort County Board of Commissioners made a unanimous statement against racism on Monday night.

While Commissioner Jerry Langley put forward a resolution denouncing the Ku Klux Klan and other similar groups, it was Commissioner Hood Richardson’s version of the resolution against hate groups that was passed by the board.

The resolution was originally passed by the Orange County Board of Commissioners, then shared with North Carolina’s other 99 counties, according to Beaufort County Manager Brian Alligood.

“I think Beaufort County, as a whole, has made a lot of progress in race relations, as well as accepting people who don’t look like us and act like us, and I just think it would be a great thing for us to make an open statement about how we feel about racism or biases against any group, nationality of people,” Langley said.

“Whereas the Ku Klux Klan is a such a violent organization with a long history of intimidation that would qualify it as a domestic terrorist group, but fortunately has significantly declined in numbers in recent times, and whereas Antifa is a more recent domestic terrorist group with a different target population than the Ku Klux Klan, but using the same techniques including masking themselves, carrying weapons, using violence against those they try to marginalize, as well as sometimes even against journalists and bystanders, and which is frequently in the news for its domestic terrorist activities currently, be it therefore resolved that the Beaufort County Board of Commissioners condemns the intimidation of segments of our citizenry by any organization and specifically including the Ku Klux Klan and Antifa,” Richardson read from his resolution.

When he saw Langley’s resolution in the agenda, Commissioner Frankie Waters said he did some research about hate groups in North Carolina. According to the Southern Poverty Law Center there are 40 hate groups, ranging from the Ku Klux Klan to Black Nationalists — “all over the spectrum,” Water said.

“I think that what we’re saying, or what I would like to say, is I’m opposed to anybody who hates, because I’ve never been taught that way,” Waters said. “It should apply to any group that does not respect other people.”

Langley said he had no issue with Richardson’s modification of the original resolution.

“That is what we are after: is to let it be known that we feel, especially here in Beaufort County, that everybody is a somebody and everybody is important and should be treated fairly,” Langley said.

In a small classroom on the campus of Beaufort County Community College, big discussions of current events are at the... read more