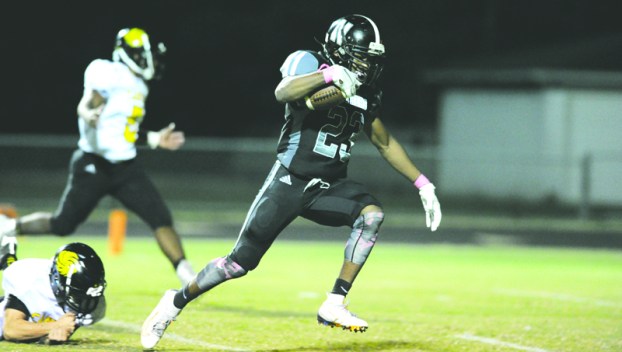 On the slate this week is three conference matchups for the first time this season. The Southside Seahawks will host the two-time undefeated state champion Tarboro Vikings on Friday night, while Washington hosts Ayden-Grifton and Northside travels to Williamston to face Riverside.

The Seahawks (3-4, 1-1 Coastal Plains 1-A) essentially won two games this past week. One in a 58-52 thriller over Perquimans on Friday night, and one win in the result of a forfeit from Jones Senior’s football season cancellation.

Southside will be dealt a tough hand against a Vikings team that hasn’t really been tested too much this season. The Vikings are coming off a 42-0 win over South Creek and a 24-7 win over South West Edgecombe.

There’s no secret to the Vikings attack. They’re going to line up three talented running backs in the backfield and give it to one of them. The Seahawks linebacker corps has been decimated with injuries and been forced to play quite a few young guys. They will have to fill their gaps correctly on Friday night to hang around in the football game.

The Pam Pack is coming off of two statement victories. They defeated Kinston for the first time since 2014 and knocked off formerly undefeated North Lenoir by a 33-6 margin.

There have been a couple of common opponents between the two teams, as Washington and the Chargers have both played North Pitt. The Pam Pack played the Seahawks in a preseason scrimmage, and Ayden-Grifton played Southside in the season opener.

The Chargers defeated North Pitt 44-12 and the Seahawks 20-0 when Southside was a healthy defense.

Ayden-Grifton has proved they can score points in bunches, notching the 40-point mark three times this season. However, the Chargers dropped their conference opener to West Craven last week, 34-21.

Head Coach Paul Cornwell likes to run a wing-T triple option type offense with big receivers on the outside. The Pam Pack match up well for the running game, as the Washington defensive line has flexed their muscles in the past couple of weeks against some big offensive lines. That will be the case again on Friday night, but the Pam Pack have the speed and ball skills in the secondary to match up with Chargers receivers. It will be a battle, but the Pam Pack will improve to 6-1 after Friday night.

The Panthers have been a balanced team this season. They’ve been battling some injuries, but at this point in the season most teams are.

Northside lost a tough one to Pamlico County last Friday night 38-34, but they had some success through the air, with three touchdown passes.

Riverside is 3-4 on the season and 0-1 in the conference after suffering a 72-56 loss to Pamlico County a couple of weeks ago.

Riverside’s two victories came over 0-6 Bertie, 3-4 South Creek in the “Battle for the Paddle” game and in a forfeit of Jones Senior High School last week.

This Panthers team is capable of putting up a lot of points, and that will likely happen again on Friday night, but the Knights did get two weeks to prepare for the matchup.

Northside quarterback Carter Boyd has 721 passing yards this season, and with a big game on Friday night, he could become the first 1,000-yard passer in Northside High School football history.

The Panthers have an opportunity to surpass their win total from last season with a win on Friday night.