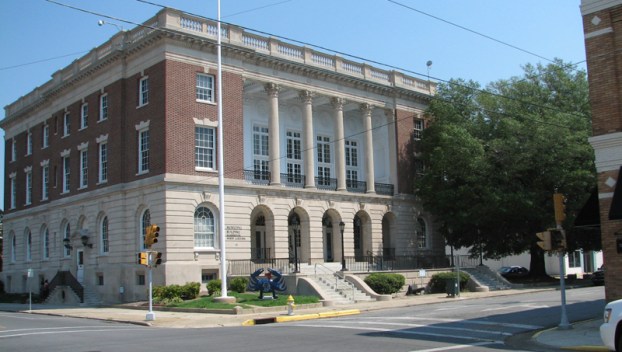 The City of Washington will be among the applicants seeking to run a new license plate agency in Beaufort County. The Washington City Council gave City Manager Jonathan Russell the go-ahead to submit an application Monday night.

All told, the search for a new contractor has taken 10 months, so far. Beaufort County residents have had to travel elsewhere or use online services for license plate services since the longtime tag office on Market Street in Washington closed May 31.

“There are 125 license plate agencies statewide and 25 of those are operated by local governments, either counties or cities,” Russell explained to the council. “Farmville is probably one of the closest to here.”

While most agencies break even in terms of revenue, Russell made the case that operating the agency out of City Hall could bring a number of benefits, from providing an important service for area residents to hiring additional staff who could also help with other customer service tasks for the city.

“We’re currently staffed to provide services for the citizens, from providing information to collecting utility payments,” Russell said in an interview Tuesday. “I think it would mesh well with what we currently offer.”

Russell said the city will proceed with the application and see where the process goes. The DMV is accepting applications from prospective contractors through Nov. 8. According to DMV officials, the process of opening a new tag office could take between four and six months, including staff training.

“I think it would be good to help provide the service,” Russell said. “It’s something we could provide effectively and efficiently and it’s something we would like to have further discussions about what it would look like providing that.”

Beaufort County residents in need of license plate and registration services can visit www.ncdot.gov/dmv/ or visit locations in surrounding counties.