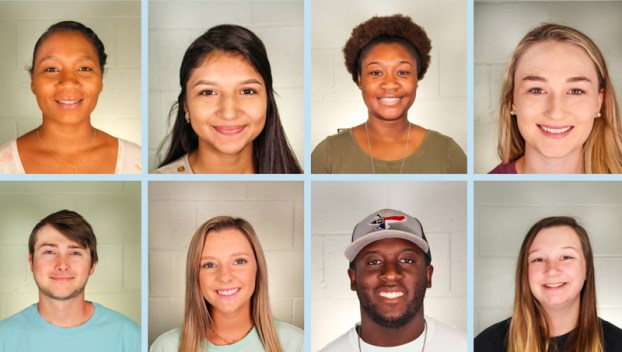 The Beaufort County Community College Foundation is proud to announce the following scholarship recipients for the fall 2019 semester. Students can apply now for spring scholarships. They can still sign up for Late-Start classes starting in October. Tickets are still available for the BCCC Foundation’s fundraiser featuring music from the Embers Featuring Craig Woolard at the Washington Civic Center on Oct. 24.

Raina Roach, 29, received the David & Terri Ann McLawhorn Scholarship. The Pitt County resident is working toward her Associate in Applied Science in Early Childhood Education. She attended D.H. Conley High School and she holds an Associate in Applied Science in Medical Office Administration from BCCC. She currently works with Pitt County Schools as a teacher’s aide. The mother of one is the daughter of Elaine Lambe of Pitt County. She plans to become a teacher.

Evelyn Cuevas Rodriguez, 20, received the Beaufort County Crime Stoppers Linley H. Gibbs, Jr. Scholarship. The New Bern resident is working toward her Associate in Applied Science in Criminal Justice Technology. She attended Columbia Early College High School. She currently works at First Flight Federal Credit Union. The mother of one is the wife of Alan Negrete, and she is the daughter of Luis Cuevas Hinojosa and Adriana Rodriguez Juarez of Creswell. She plans to become a paralegal.

Shanessa Ruffin, 29, received the Stephanie Zablocki Jones Memorial Scholarship. The Greenville resident is part of the medical laboratory technology program. She attended South Central High School, and she currently works at Vidant Medical Center as a nursing assistant. The mother of two is the daughter of Shenietta Staton of Greenville. She plans to become a laboratory director.

Madison Russell, 18, received the Meredith Griffin Revels Scholarship. The Williamston resident is part of the nursing program through the Regionally Increasing Baccalaureate Nurses (RIBN) program. She attended Riverside High School, and she currently works at Mama’s Pizza as a server. She plans to work as a pediatric nurse with Vidant Health.

Dylan Singleton, 21, received the BCCC Staff Association and the Foundation General scholarships. The Washington resident is working toward an Associate in Science, and he attended Washington High School. He plans to transfer to East Carolina University to pursue a degree in forensics science.

Kaley Silverthorne, 19, received the Robert C. Page Scholarship. The Jamesville resident is working toward an Associate Degree in Nursing. She attended Bear Grass Charter School. She plans to work as a nurse in Eastern North Carolina, and she currently works as a server at Deadwood.

Memphis Slade-Credle, 19, received the Belhaven Alumni Club and St. Reddick MB Church scholarships. The Belhaven resident plans to get an agricultural technology degree. He attended Northside High School. He is the son of Ricky and Onika Credle of Belhaven, and he currently works with the Belhaven Recreation Department.

Zoë Slade, 20, received the Stephanie Zablocki Jones Memorial and the Jarl & Grey Bowers scholarships. The Bath resident is part of the medical laboratory technology program. She attended Barnstable High School. The mother of one is the wife of Teddy Boulton and the daughter of Kim and Gerrit Slade of Plymouth, Massachusetts.

For more information, contact Serena Sullivan at serena.sullivan@beaufortccc.edu or 252-940-6326.

Reading, writing, arithmetic — these are all common lessons for school-aged children. For kindergartners at Chocowinity Primary School this week,... read more