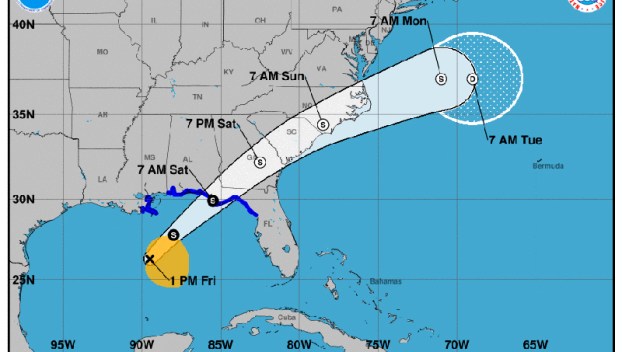 Though Nestor will be post-tropical by the time the storm moves through eastern North Carolina, meteorologists are saying to expect wind and rain Saturday night into Sunday.

“While the system will lose tropical characteristics after landfall and thus will lose its name, the local impacts are not dependent on the tropical nature of the system,” reads a forecast from the National Weather Service’s Newport/Morehead City office.

“Rain is expected to move into our area around 8 p.m. Saturday and continue through 1 p.m. Sunday. Two to three inches of rain is expected during this time, with the heaviest rainfall occurring between 1 a.m. and 7 a.m. Sunday. Localized flash flooding is possible during this time frame, as well,” Chris Newkirk, Beaufort County Emergency Service’s chief of fire/emergency management, wrote in an email.

During the same time period, Beaufort County residents can expect sustained 10 to 15 mph winds, while gusts of 25 mph-plus are possible.

“The wind direction will transition to the northwest as the storm passes through our area Saturday night, and remain sustained between 10 – 15 mph through 5 p.m. Sunday,” Newkirk wrote.

Tropical Storm Nestor is expected to hit the panhandle of Florida on Saturday morning. Moving inland with an east-northeastward motion over Georgia, South Carolina and North Carolina, the storm should become extratropical and slowly weaken once it moves offshore and dissipate completely by day five, according to the National Hurricane Center forecast discussion.

Nestor is the 14th named storm of the 2019 Hurricane Season. Hurricane season officially ends on Nov. 30.

Hurricane season is not over yet. Eastern North Carolinians can expect to see some wet and windy weather over the... read more