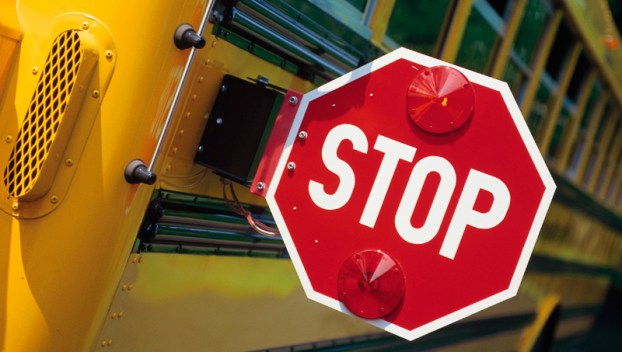 “We get a lot of complaints in this area of vehicles that are coming through town,” Brown said. “Where school buses stop on 15th Street and people don’t necessarily understand what the law is stopping for the stopped school buses, they wind up passing them. So you’ll have more occurrences there than you would on the rural two-lane roadways.”

In some cases, buses are equipped with cameras that allow the Highway Patrol to easily track down and ticket violators. Cameras can capture the front of the vehicle, the driver of the vehicle and the license plate. For the buses that don’t have cameras, drivers do the best they can to safely get all the information possible.

“If she doesn’t get a registration plate number, if they get a vehicle description, we’ll go out and sit in that area the next couple of times the bus stops and try to identify them that way,” Brown said.

While Brown says some of these violations may stem from ignorance of the law, in most cases, he says it boils down to impatience on the part of drivers.

“You’ve got a certain percentage of them who say they don’t know the law and that’s typically on a four-lane highway with no divided turning lane. People don’t understand in both of those lanes, you still have to stop for a school bus,” Brown said.

As a refresher, all traffic must stop:

“Getting a citation for running a stopped school bus is probably one of the most severe citations you can get,” Brown said.

From a legal standpoint, passing a stopped school bus is a class 1 misdemeanor, with a minimum fine of $500, $190 in court costs, four points on one’s insurance policy and five points on a person’s driver’s license. While those four insurance points would increase one’s premium by approximately 80%, the driver’s license points count towards revocation. All of that pales, however, in comparison to the consequences for hitting a child. From injuries to loss of life, the results could be disastrous and life changing for many people.

To view an illustrated guide that lays out the rules regarding when to stop for school buses, visit www.ncbussafety.org/schoolbussafety/sbswlaw.html.

They’re described as jaw-dropping. As finalists on Season 9 of “America’s Got Talent,” the Sons of Serendip took fans and... read more