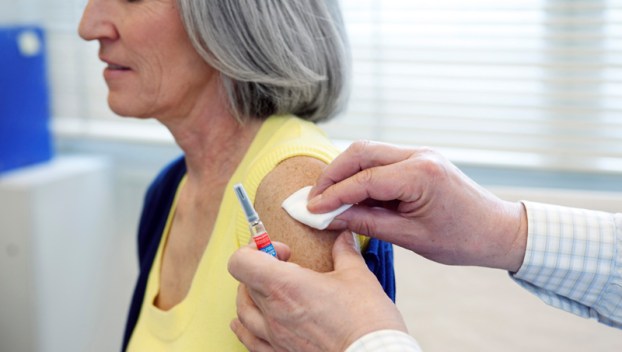 Get your shot — antibiotics won’t treat the flu

Winter is looming on the horizon and with that cold breath of air comes flu season.

Last year, more than 40 million Americans fell ill with the flu, according to the Centers for Disease Control and Prevention. Approximately 60,000 of them died.

According to Greg Frank, Ph.D., the director of infectious disease policy at the Biotechnology Innovation Organization, there are some tips to stay healthy and avoid the flu this year.

As always, the old adage “An ounce of prevention is worth a pound of cure” applies, Frank says. The flu vaccine prevents up to 6.7 million flu cases a year, along with 87,000 hospitalizations and 10,000 deaths. While the CDC recommends people get the flu vaccine by the end of October, it’s not too late. The treatment takes about two weeks to become fully effective, Frank said — and even if it does not prevent the flu entirely, it will make the virus less severe for those who do catch it.

Should you come down with the flu, treat it with lots of fluids to fight dehydration, Frank says. Use humidifiers and menthol ointments to break up the mucus and make it easier to breathe.

Demanding a doctor prescribe antibiotics is not the way to treat the virus. Antibiotics don’t stop the flu, or even treat it; they only treat bacterial infections, Frank said. Taking those antibiotics won’t do anything but put people at future risk of infections, as antibiotic overuse has led to the creation of “superbugs” — bacteria that evolves and becomes immune to treatments. Superbugs kill more than 160,000 Americans each year. That’s 100,000 more than the flu.

“To fight these superbugs, Congress is currently considering the Developing an Innovative Strategy for Antimicrobial Resistant Microorganisms Act, or DISARM. This bill would incentivize hospitals to use antibiotics appropriately and sparingly. It would also encourage researchers to develop new antibiotics. Along with a package of market incentives for new treatments, the DISARM Act could save thousands of lives,” Frank writes.

This flu season, be proactive and get a flu shot. If you choose not to and you’re one of the unlucky ones to fall ill with the virus, then don’t further put your health at risk by demanding antibiotics.

The lessons learned from our elders

My grandfather was without a doubt one of the most unforgettable characters I have ever known! Those who knew him... read more