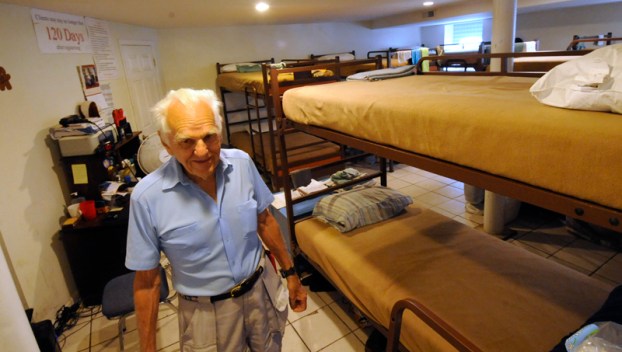 Celebrating 100 years of an incredible life

One hundred years ago, a great event took place in Attleboro, Massachusetts: Harlan MacKendrick was born on Jan. 18, 1920. The Great War, World War I, had ended, Model T’s and silent movies were all the rage. There were two newfangled inventions: toasters and zippers. Woodward Wilson was the president and prohibition was in effect. There was no NFL and women couldn’t vote yet. The Roaring ’20s was beginning and that’s the world little Harlan was born into.

Harlan has one brother, Richard, 12 years younger, living in Massachusetts. He was happily married to Edith for 73 years before she passed four years ago. They had two children, a son Robert, who lives in Massachusetts, and a daughter Linda, who lives here. Harlan enlisted in the U.S. Army after Pearl Harbor. He did his boot camp in Cheyenne, Wyoming, then onto Stockton, California. He served in Dayton, Ohio, in the Signal Corps, where he authorized all payments. Harlan did his Officer Candidate School in Providence, Rhode Island. He served for 13 years and is a WWII veteran.

Harlan attended Bryant College, Massachusetts, earning a BA in business administration. He has worked for several major companies as a manager, always with a lot of responsibility.

Harlan and Edith moved to North Carolina in 1948-49, living first in Williamston, then in Washington. They were instrumental in starting the men’s Zion Shelter where Harlan volunteered for 35-40 years.

Harlan is a very active senior. He lives independently with his dog, Maggie, who gets him out to the dog park daily. He attends yoga and aerobics four mornings a week. He paints on Tuesday morning and a couple of his paintings are hanging in the Grace Martin Harwell Senior Center.

When asked if he had a philosophy or wise words, he initially said he didn’t have any. But on reflection, he said: “Things turned out better than I expected; no matter what happens you look for ways to make it turn out good.” Enjoy life; keep smiling; that he had a happy marriage; is happy, sure; he is healthy and lucky. After Edith died, people told him to stay busy and in his words he is “damn busy” every day. Harlan also says everyone should adopt a dog.

There is no way to adequately cover 100 years in a short piece. Stop, talk and ask Harlan about his amazing life. We are honored to have him and help him celebrate 100 years. God Bless you, Harlan.

What happened to my hometown?

Thursday night, UNC-TV premiered “Weekend in Washington,” an 11-minute segment that’s all about Washington, complete with a few possibilities of... read more