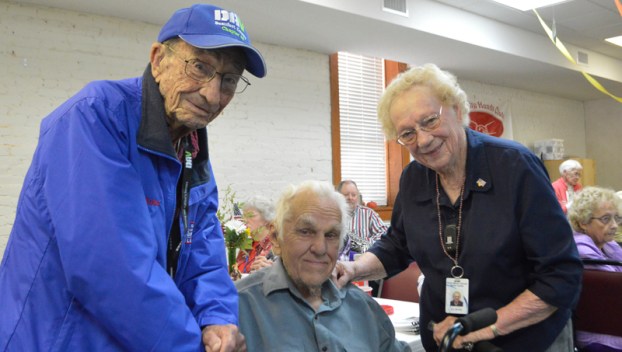 Though Veterans Day isn’t until Monday, Beaufort County’s servicemen and women were honored throughout the week at events hosted by some of the county’s youngest and eldest residents.

At each event, veterans from across the years were in attendance, ranging from those who fought in Iraq and Afghanistan to those who served their country in World War II.

On Wednesday, the Pamlico Seniors Club kicked off the celebrations with its first-ever ‘Salute to Our Veterans’ program. Bringing together the club’s regular members and more than 30 local veterans, the group offered a program complete with all the pomp and circumstance due the ones who served.

Speaking during that program were Marty Alligood, senior minister at Pinetown Church of Christ, and retired Marine Corps Maj. Gen. Gordon Nash. Nash, the keynote speaker, shared some of the history behind Veterans Day and how the holiday has changed over time. In saluting the veterans gathered, he also spoke of the families who supported them.

“We were called to be something bigger than ourselves,” Nash said of himself and his fellow veterans. “Most of us are just ordinary people who responded to our nation’s call, because we wanted to protect our nation so much.” 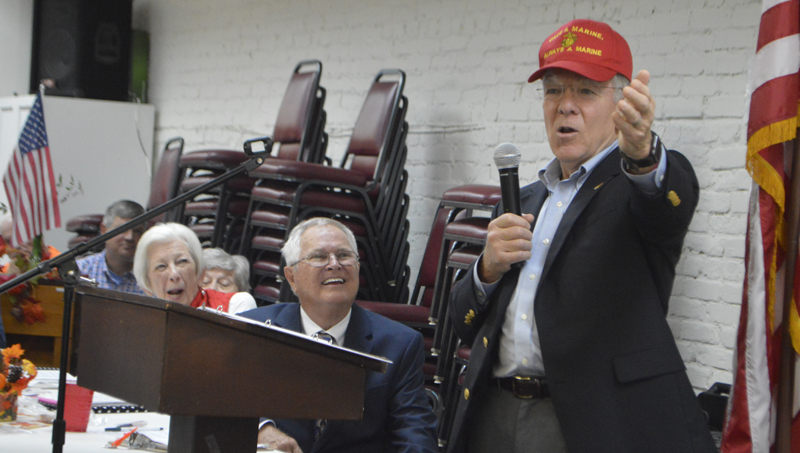 Alligood’s speech, meanwhile, touched on a variety of topics from a Christian perspective, including stories of American patriots and the importance of wearing the full armor of God. He also emphasized the importance of remembering the true meaning behind Veterans Day.

“It seems like as time passes, more and more Americans, especially children, are losing touch with what this national holiday is all about,” Alligood commented.

While that statement may be true for some kids, the students of S.W. Snowden Elementary told a different story on Friday. From pre-kindergarten students to eighth graders, the entire student body attended a Veterans Day program, with each class playing a role. 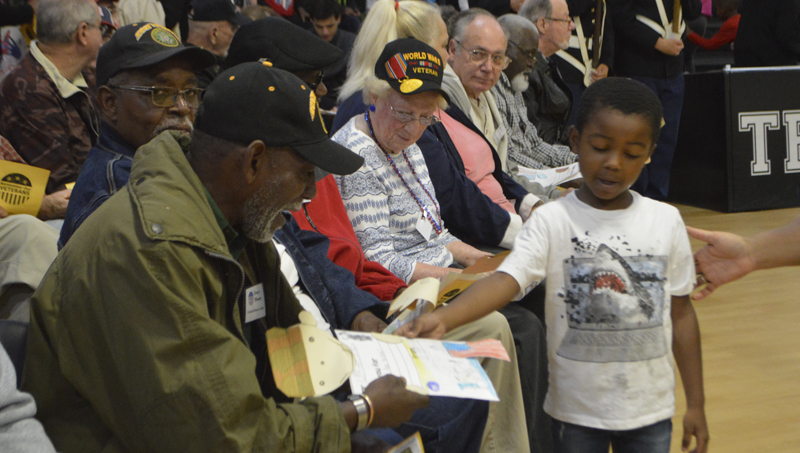 A KIND GESTURE: S.W. Snowden student Emmitt Smith, along with his fellow classmates, presents a handmade thank you card to veteran Ivory Moore during Friday’s program at the elementary school. (Matt Debnam/Daily News)

For the second graders of Camille Godley’s class, this meant leading the assembly in the Pledge of Allegiance. Fifth grade students from Sean Jeffries’ class shared two skits during the program, one explaining the significance of the missing man table, set to represent those missing in action, killed in action or held as prisoners of war.

The rest of the students did their part with a musical number, singing, “You’re a Grand Old Flag,” under the direction of music teacher Bradley Cannon.

The speaker for that program was retired U.S. Marine Corps Gunnery Sgt. Russell Spalti, who shared some of his experiences returning from Vietnam and how encouraging it is to see veterans treated better today. In conclusion, Spalti read the poem “Unless You’ve Been a Soldier,” by Clive Sanders. 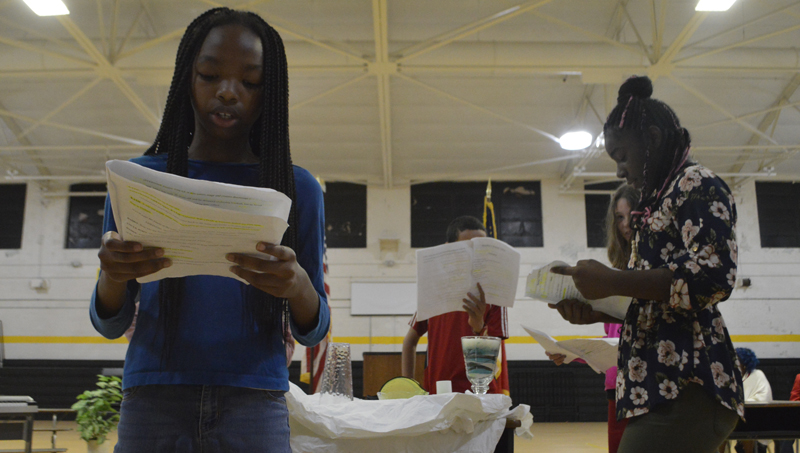 Attending both the programs in Washington and Aurora, World War II veteran Ann Windley, who served in the U.S. Navy Nurse Corps, summed up the spirit of the programs with a few simple words.

“It’s not about us as people,” Windley said. “It’s what we stand for.”

Artists and art lovers gathered at the Turnage Theatre on Thursday night for the opening of Arts of the Pamlico’s... read more