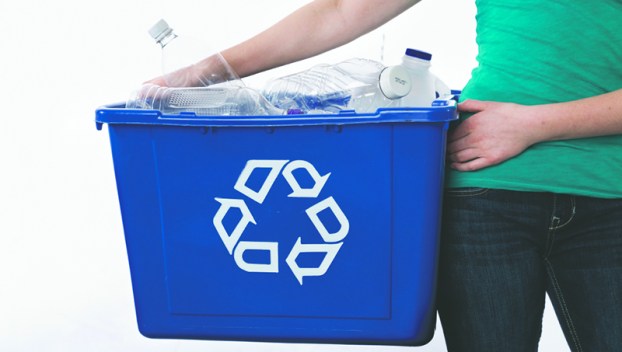 Rumors that plastic and other recyclables are not being recycled in the county are untrue, according to county management.

Beaufort County Commissioner Stan Deatherage recently brought the issue to the Beaufort County Board of Commissioners’ notice, citing residents not making an effort to separate recyclables because they do not believe those items are actually being recycled at the county’s convenience sites.

“That’s not correct,” said Beaufort County Manager Brian Alligood. “It is being recycled, so let’s don’t put out there misinformation. It is being recycled. We have a recycling program and it is in place. … I just want to make sure as we move forward we’re saying that it is there.”

“Studies showed that it was more advantageous to get people to participate in recycling if they could throw it all together,” Alligood said.

The county pays to transport recycling materials from its convenience sites to the East Carolina Vocational Center in Greenville, where it is sorted. The facility has the capacity to hand sort and bundle 430 tons of recyclables a week, according to the ECVC website.

The collapse of the recycling market on a global scale, and foreign countries no longer accepting American recycling, has resulted in ECVC becoming more particular about what is accepted at the facility, in attempt to make the process more efficient and continue making a profit. Locally, the more stringent rules have led to some municipalities’ waste collection services rejecting loads of recycling and leaving notices of non-compliance behind. Cardboard pizza boxes with pizza stains; glass and plastic containers that have not been cleaned of food; disposable cups are all cause to reject a bin of recycling.

“If you throw it in the recycling bin, it can contaminate the entire load, and they will reject those loads,” Alligood said. “We’ve been lucky in that we haven’t seen that issue (at county convenience sites) yet.”

One item that causes a particular problem for the mechanized sorting process is plastic bags, such as those used at grocery stores. Those bags can “gum up the system.”

“They will reject an entire load because there’s a grocery bag in there,” Alligood said.

Deatherage said he sought to clarify the issue because recycling is good for the environment and part of being good stewards of the planet.

“The public can help us and the board can help us in getting that information out about appropriate recycling and not having recycling that’s dirty or those kind of things that causes that recycling to be rejected. But we do have a very robust recycling program in the county, and we need folks to understand that,” Alligood said.

According to recycling information posted on the ECVC website, the following guidelines should be followed: