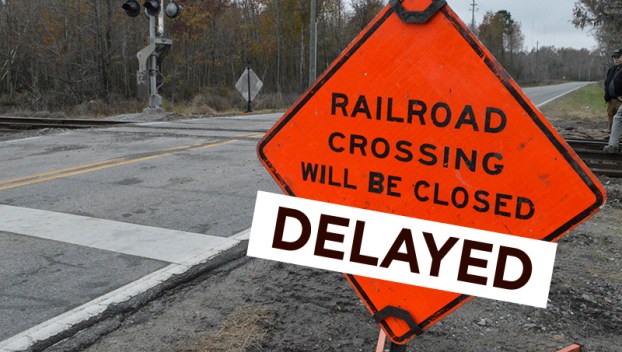 POSTPONED: A railroad crossing closure on Whichards Beach Road, previously scheduled for Wednesday or Thursday, was delayed until the new year after the intervention of local officials on Tuesday. Among their concerns were short notification from Norfolk Southern Railroad Company and possible interruptions to residents and businesses on the dead end road. (Matt Debnam/Daily News)

The intervention of local officials has delayed a railroad crossing closure scheduled on Whichards Beach Road until early next year.

Local residents, businesses and county officials were caught off guard Tuesday by the announcement of a railroad crossing closure that would have shut the road down for 3 to 12 hours on Wednesday or Thursday.

The closure was slated to begin at 1 p.m. Wednesday or 6 a.m. Thursday, potentially interrupting the daily routines of nearly 400 households on the road, as well as the operations of Iconic Marine Group and Twin Lakes Campground. The road’s only outlet is onto U.S. Highway 17 Business.

At issue was not the closure itself, but short notice from the Norfolk Southern Railroad Company to residents, businesses and county officials responsible for ensuring public safety on the road.

Mary Pinkston, human resources and safety manager at Iconic, said the company was notified of the closure at around 9:30 a.m. Tuesday morning, just over 24 hours before the maintenance was slated to take place. For the boat builder, the closure would have meant delays in production and a forced a day off for more than 270 employees at the plant.

“It’s not just about us not being able to build a boat tomorrow afternoon or Thursday, it’s how many hours they’re going to miss from their paychecks,” Pinkston said.

Looking for advice on any recourse, Pinkston called N.C. Representative Keith Kidwell for advice. By that afternoon, Kidwell, along with a host of local officials, including Beaufort County Board of Commissioners Chairman Jerry Evans, representatives from Beaufort County Emergency Services and the Beaufort County Sheriff’s Office, were gathered at the crossing to assess the situation.

Their main concerns centered on a perceived lack of timely notification from the railroad company and its contractor, as well as potential disruptions from the timing of the closure.

While Beaufort County Emergency Services learned of the closing at 9:30 a.m. Tuesday morning, BCSO Chief Deputy Charlie Rose says the Sheriff’s Office wasn’t aware of the closure until Tuesday afternoon. Kidwell says the North Carolina Department of Transportation was not notified prior to him calling the department Tuesday.

“For us, I think notification was the biggest issue,” said Chris Newkirk, Beaufort County’s operations chief of fire/emergency management. “If we would have gotten enough notice to let residents know and plan accordingly, that would have gone a long way.”

Tuesday afternoon, Norfolk Southern media relations personnel confirmed that track maintenance at the site will be postponed for several weeks, and that the company will work closely with local and state officials to coordinate the scheduling and logistics of the closure.

Deputies, vehicles to be fitted with cutting-edge technology

Beaufort County Sheriff’s Office deputies and their vehicles will be outfitted with cutting-edge technology that will record and store video... read more