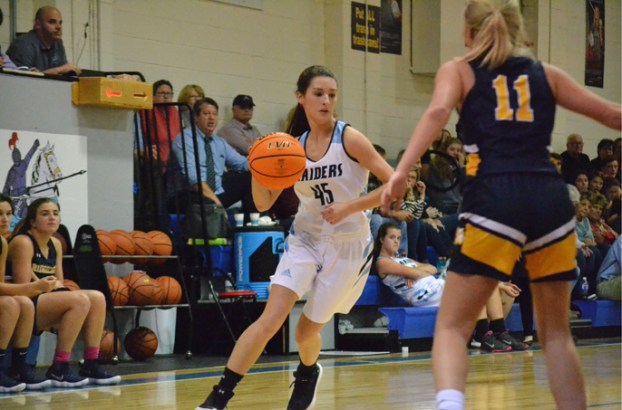 Pungo erased an early 12-point deficit in the first half and came back to win it on Tuesday evening. After a slow start, Lauren Kellie Ricks — who’s been battling sickness — took over. She had a team-high 18 points, and was sent to the free throw line numerous times throughout the evening. She converted on nine of those free throws that added to her total. She also collected 17 rebounds and an assist on the night. After her double-double outing, Ricks talked about her “flu-game” performance.

“We were just running our plays right tonight, that’s one of our biggest keys. We just really played together as a team,” Ricks said. “We haven’t played well in the first half yet this year. Coach (Melanie) Eddleman talked to us and encouraged us and was a spark to us at halftime. In the second half we ran our plays right and our great crowd got behind us, they are our biggest encouragers.”

Despite trailing by 10-plus for a bulk of the first half, junior point guard Emma Williams earned a couple of key baskets. The biggest of the half came from stealing an inbound pass, taking a couple of dribbles and draining a 15-foot jumper right before the halftime buzzer to cut the Ridgecroft lead to 28-22.

In the second half, the Lady Raiders put together a 12-2 run that put them in the drivers seat for the remainder of the game.

Williams really pushed the envelope in the second half. She knifed through the Ridgecroft defense on multiple occasions, and did a good job of balancing the kick-out and driving to the bucket. She turned in a 16-point performance with three assists and three steals.

Late in the fourth, Williams took a breakaway opportunity after a rebound, laid it up and got the whistle for an and-one opportunity. She sank it. The free throw gave the Lady Raiders a two-possession lead with under 10 seconds remaining to secure the win.

From the tip, the Pungo Christian boys’ basketball team looked like the aggressor. The scoring charge was led by a 17-point performance from Miller Lee. He also chipped in four rebounds and three steals on the evening.

“It was really fun. I think we controlled the game fairly well and the team played really well,” Lee said. “If we can do the same things we did tonight, moving the ball and keeping our defense up, we feel confident (for Thursday night against Community Christian).” 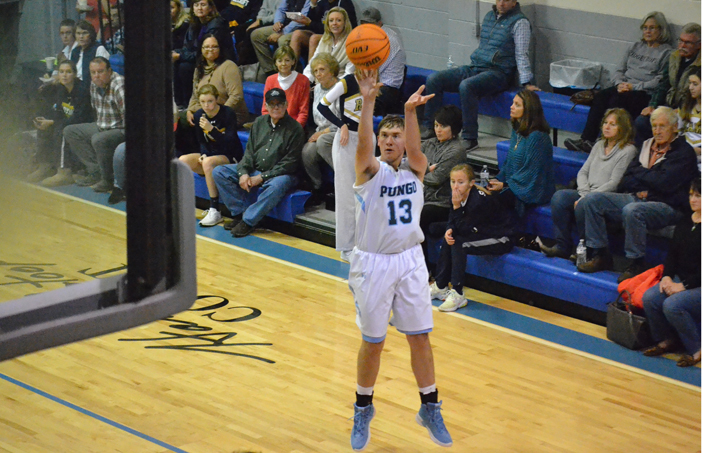 The defense really did a nice job closing out on Ridgecroft shooters all night. Pungo looked to be in a 2-1-2 zone for most of the evening, forcing the Rams into jump shots. When their shots finally started to fall, it was too late.

The Raiders led by as many as 20 points after H. Allen drained a three-ball before the third quarter horn sounded.

In the fourth, Pungo drained enough free throws to cushion their lead, but the Rams cut it to 10 before the end of the game.

“I think we came out and looked really confident,” head coach Mart Benson said after the team’s first win of the season. “It’s exactly what I wanted to see in our first home and first conference game. I thought our defense was really good, we knew who their shooters were and I think we did a really good job of shutting them down.”

The Pungo boys and girls team will be back in action this evening at home against Community Christian. Girls’ tip off is set for 6 p.m.

There are two electrifying match-ups this Friday night for Beaufort County football teams. This week, neither team can afford to... read more