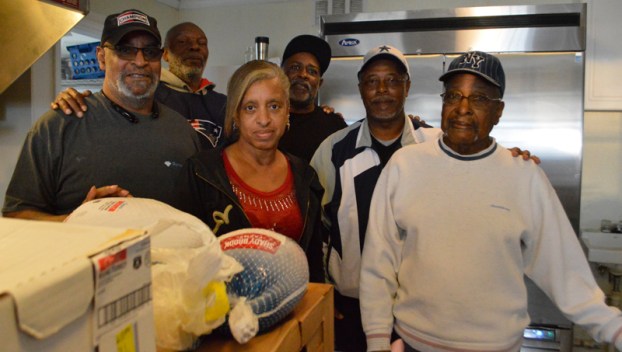 Donation to Zion Shelter will feed the hungry during holidays

When one makes a promise to God, it’s important to keep it.

It’s just such a promise that drives Washington resident Joseph Savage in his yearly mission to provide turkeys and hams for Washington’s Zion Shelter and Kitchen. Friday afternoon, he delivered on that promise, donating 30 turkeys and seven hams to the men’s homeless shelter.

“My son got hit by a car when he was 16 years old, riding a bicycle,” Savage said. “They airlifted him from Washington to Greenville and by the time I got over there to the hospital, they had told my wife and the rest of my family that they didn’t think he was going to make it. I said, ‘They don’t know the God I serve.’”

It was then that Savage prayed to God on his son’s behalf, saying he would do whatever he could to better serve him. Lo and behold, his son recovered and Savage says he was led to a mission to provide turkeys for Thanksgiving and Christmas to Zion Shelter and Kitchen.

“There’s a lot of people out there that are one paycheck away from being homeless,” Savage said. “Sometimes, it’s not always a person’s fault that puts them in a situation like that. It’s the facts of life sometimes.”

For eight years, Savage has tirelessly worked to help ensure holiday meals for the shelter. Frequent shoppers at the Piggly Wiggly on River Road will recognize him from his fundraising table he sets up outside each year. With a setup inspired by popular game shows, gift certificates from local businesses offer incentives for shoppers to participate. 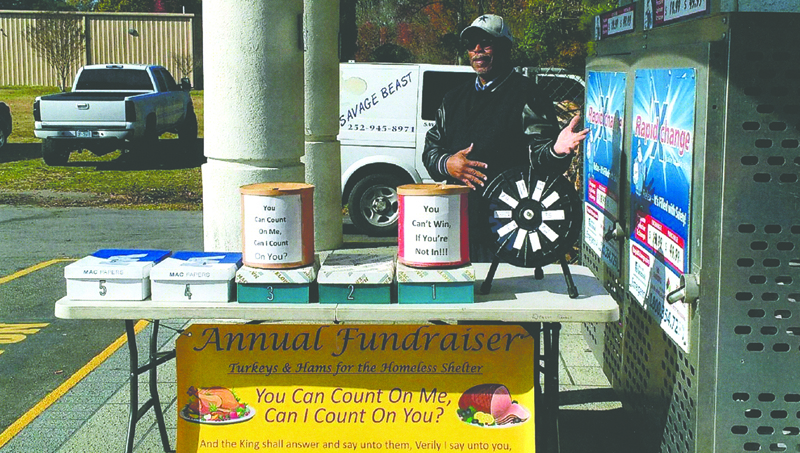 For Zion Shelter Executive Director Robert Harris, and the people his organization serves, the yearly donation makes all the difference. On average, his nonprofit feeds around 35 people per day, also providing overnight stays for men in need. He says he’s expecting around 40 people for Thanksgiving.

“We’re going to cook enough food for everyone that comes,” Harris said.

It’s been a long year of recovery for Zion. After Hurricane Florence, the shelter/kitchen, which is housed in the basement of Zion AME Church on Martin Luther King Jr. Drive, was inundated with five feet of floodwater. With renovations now complete, the shelter is back up to full operations, feeding local people in need every weekday.

“The neighborhood has been extra good to us,” Harris said.

Throughout December, Savage will continue his fundraising efforts at Piggly Wiggly most evenings. For the Zion Shelter, donations are always welcome to help its mission. Items needed include donations of food and men’s clothing. Financial support is also welcome, and donations can be addressed to 122 W. Martin Luther King Jr. Drive, Washington, NC 27889. To contact the shelter, call 252-975-1978.