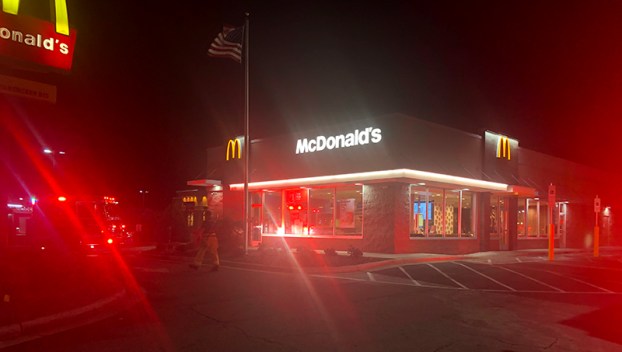 SMALL FIRE: A burned-out HVAC motor filled the McDonald’s on Carolina Avenue on Wednesday night leading to an evacuation of the restaurant. (Washington Fire-Rescue-EMS)

The Carolina Avenue McDonald’s in Washington was evacuated Wednesday night after smoke filled the restaurant.

“There was no real fire in the building,” Bissette said. “No damage. Just one HVAC unit was down.”

Washington Fire-Rescue-EMS, Chocowinity Volunteer Fire Department — 17 firefighters in all — and Washington Police showed up to the scene, Bissette said.

The restaurant was only offline for a little over an hour and has now reopened for business, he said.

It’s the second time this week that Washington Fire-Rescue-EMS has responded to a fire at a local restaurant. Monday, firefighters broke down the back door of La Perla Bakery on Water Street after a passerby noticed smoke coming from the back of the building. A laundry basket engulfed in flames was pulled from the closed bakery before structural damage was done, according to authorities.

Light up the City brings holiday cheer to Washington

HOLIDAY BELLS: Among the festivities during Washington’s Light Up the City event Tuesday evening, the River City Ringers offered a... read more