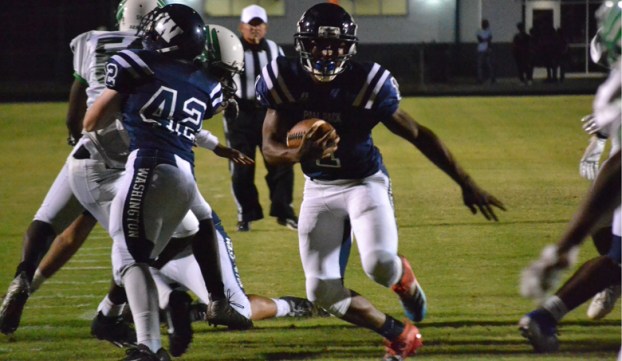 BURSTING THROUGH: Washington’s Jaden Hambric finds a hole and makes a cut towards the end zone in a game against North Lenoir earlier this year. (Mitchell Thomas / Daily News)

A fun, long-lasting football season came to a close just over a week ago for Beaufort County Schools. Washington, Northside and Southside all made trips to the NCHSAA playoffs, and Pungo had some stand out performers this year as well. Making the All-Area team is a testament to all the hard work these student-athletes have put into their craft throughout the course of the season.

Godley led the Pam Pack to one of the most explosive offensive seasons in Washington school history. Among quarterbacks, he had the most rushing yards and touchdowns in the 2A Eastern Carolina Conference (1,353 rushing yards, 18 TOT TD’s). Godley completed 48-of-75 passes (64%, highest in school history for a QB) for 771 yards and seven touchdown tosses this year. 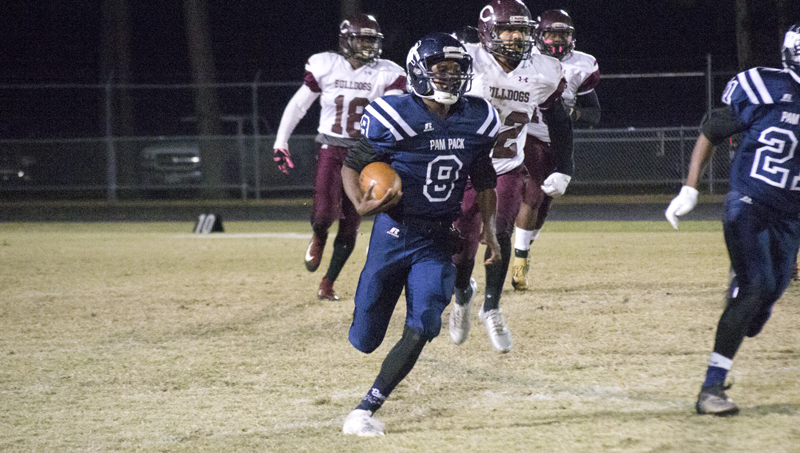 Boyd reached the 1,000-yard passing mark with 1,030 yards this year, becoming the first quarterback in Northside football school history to reach that milestone. He completed 55% of his passes for 10 touchdowns on the season. Boyd also had two rushing touchdowns on 146 yards. 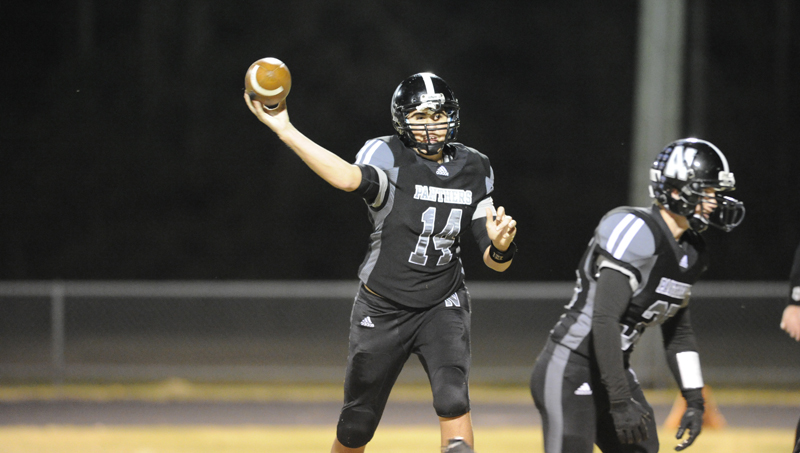 Jaden Hambric (Jr., Washington, RB)
The Pam Pack had three, 1,000-yard rushers this season. Hambric was one of those, picking up 1,217 yards on 168 carries for 11 touchdowns. Hambric had three, 100-plus yard games this year. Hambric was second in the 2A Eastern Carolina Conference for rushing yards.

Turner was a big threat for the Panthers this season, catching 32 passes for 498 yards and reaching the end zone five times this year. Turner led the team in both receptions, receiving yards and touchdowns.

Modlin was a threat on the ground and through the air this season. He caught 29 passes for 422 yards and four touchdowns, while rushing 47 times for 404 yards and four rushing scores.

If pancake blocks were consistently counted, Swinson would have a whole stack of them. Swinson likely would be amongst the top players in the conference for putting opposing players on their backsides. Swinson will return next year for his senior season with the Pam Pack.

Wilson got fed early and often this season, and is an absolute load to bring down. Wilson finished the year with 987 yards on 128 carries for 14 rushing touchdowns. He also had a couple of defensive scores on the season.

Carter led the Seahawks in rushing this season, despite having multiple backs get a lot of touches on the year. Carter picked up 872 yards and eight touchdowns on the ground this season. He could’ve easily made the defensive All-Area team as well with his 61 total tackles, three forced fumbles and three recoveries. 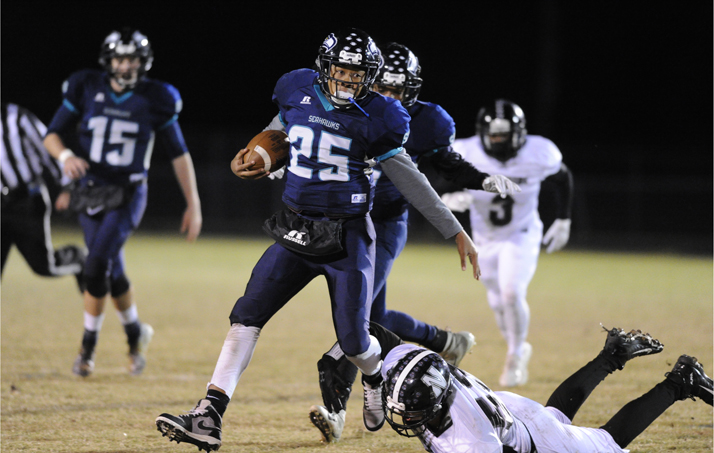 ESCAPE: Southside’s Davion Carter slips out of a tackle in the Seahawks’ game against Northside in the Anchor Bowl this year. (Mitchell Thomas / Daily News)

Moore was the most consistent lineman this season according to head coach Jeff Carrow. At the offensive tackle position, Moore opened holes for his backfield all season long. He’ll return to the field for his senior season next fall.

Gorham got a hefty dose of carries this year. He reached the 1,000-yard milestone on 138 carries for 1,007 yards and 15 rushing scores on the season. He averaged 83.9 yards per game. With the departure of Wilson to next year’s team, Gorham will likely get the bulk of the carries next year as well.

Bishop was an All-Conference and All-State selection for a stellar season. Bishop caught 48 passes for 673 yards and six touchdowns on the year. He rushed 39 times for 265 yards for two scores as well. Bishop compiled 1,201 all-purpose yards and eight end zone trips to the season to cap off a great career. 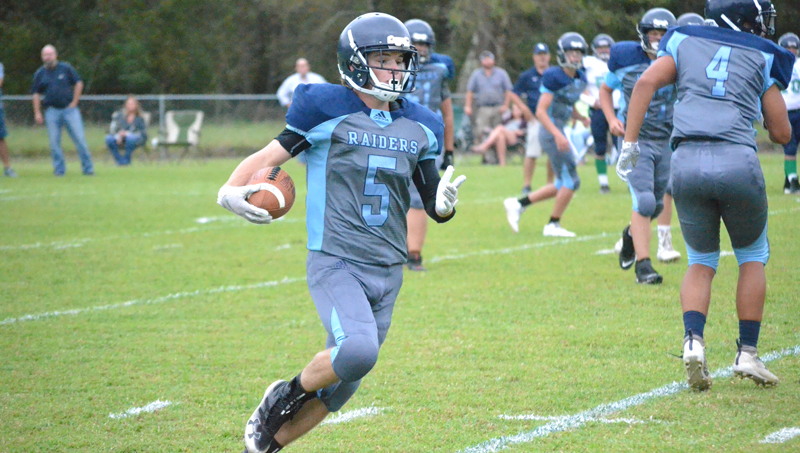 Moore was the third of three Pam Pack rushers with 1,000-plus yards. He was sidelined with a collarbone injury in the season finale and couldn’t participate in the playoffs, but he still racked up 1,174 yards on 175 carries for 10 touchdowns.

Nelson was a force on both sides of the ball and could’ve made defensive first-team as well. Offensively, Nelson collected 593 rushing yards for eight touchdowns. Defensively, he had 69 total tackles. 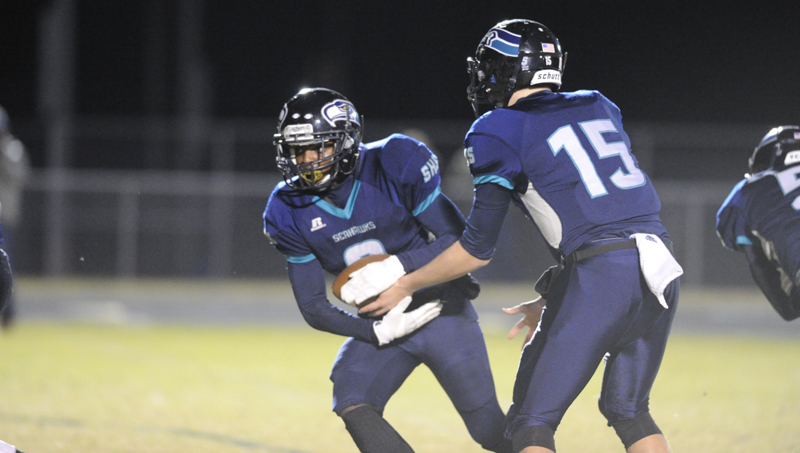 Gerard is one of the best linebackers in the area. He racked up 119 total tackles to lead Washington — and Beaufort County in its entirety this year — with three fumble recoveries and three sacks. Gerard returns next year for his senior season. 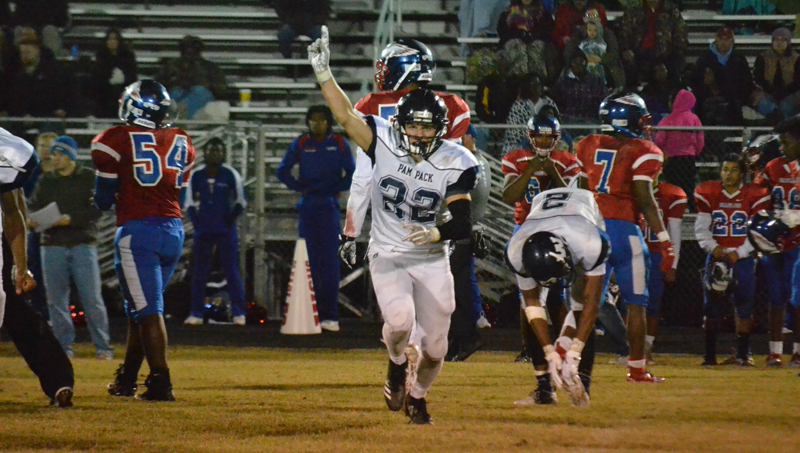 Taylor was a wrecking ball this season. He racked up 89 tackles on the year to lead the Panthers defense, with four sacks and two fumble recoveries on the season. Luckily for the Panthers, he returns next season.

Freeman clogged up the middle and created a lot of problems for offenses. He finished the season with 30 tackles, two forced fumbles and a sack on the season.

The Wilson brothers were a tough duo on the Panthers defense. Zion Wilson collected 44 tackles, two sacks and a forced fumble this season.

Peele was a force on both sides of the ball this season, and had to battle through injuries for a good portion of the year.

McCraw had some big catches this season for the Seahawks, but the bulk of his contribution came from the defensive side of the ball. He disrupted offenses all season long.

Ty’Nahj Smith (Sr., Southside, WR/DB)
Smith was atop of the 1A Coastal Carolina Conference with his four interceptions this season. He also had quite a few big catches for the Seahawks this season including a couple of touchdown receptions. 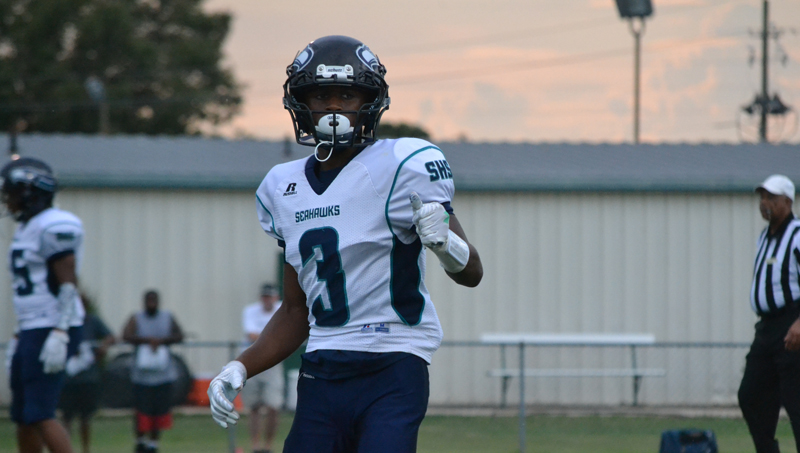 LINING UP: Southside receiver Ty’Nahj Smith lines up on the ball against Ayden-Grifton in the Seahawks’ season-opener. (Mitchell Thomas / Daily News)

Hill played on both sides of the ball, sometimes getting some short yardage touches on offense. Hill scored four times on the year, while also getting 21 tackles and a forced fumble.

Clark is only a sophomore. He battled through a tough shoulder injury for part of the year and powered through it. He racked up quite a few tackles on the year and will be a big part of next year’s defense.

Moore racked up 65 tackles from the defensive end spot this year, including six sacks and a forced fumble.

Clark O’Neal (Sr., Northside, TE/DL)
O’Neal got time on offense and defense this year. He scored a receiving touchdown, as well as collected 45 tackles on the season with a fumble recovery and two sacks. 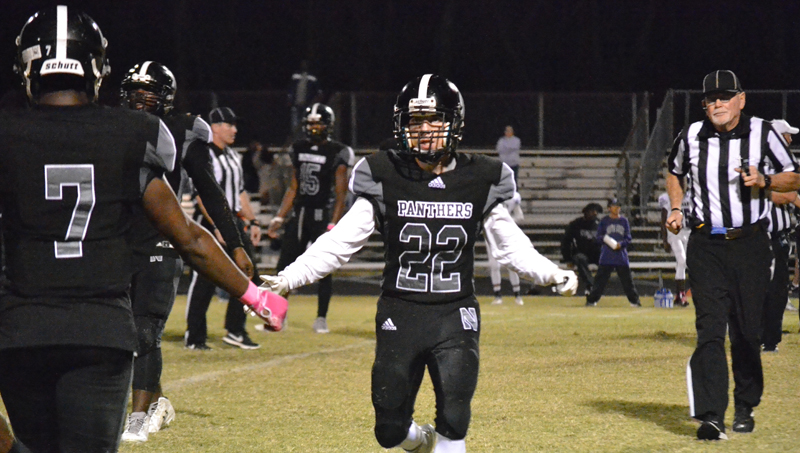 TEAMWORK: Northside’s Samuel Holland jogs off the field and daps up his teammate after the defense made a stop in the Panthers’ 28-8 win over South Creek a few weeks ago. (Mitchell Thomas / Daily News)