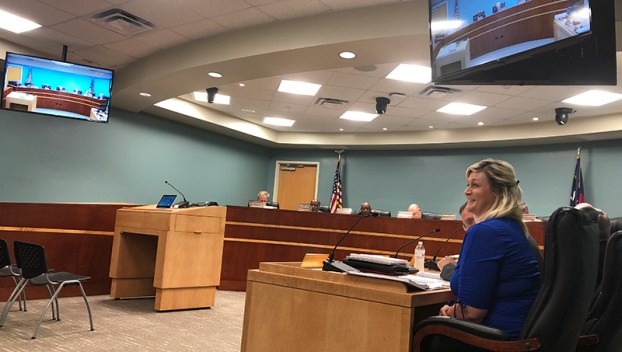 Commissioners will elect 2020 leadership and likely create a committee to look into issues at the Beaufort County Detention Center on Monday night.

In addition to approving appointments to several boards and committees, commissioners will nominate and vote for the boards’ 2020 chairman and vice chairman, along with reinstating a committee to study jail issues.

“At the recent Strategic Planning Session, the Board members in attendance discussed County infrastructure needs including the County jail. After some discussion, the Board members in attendance agreed unanimously that the jail was a problem and directed the County Manager to put an item on the December agenda to appoint a Jail Committee to further discuss the matter,” the agenda reads.

The detention center, located in the basement of the Beaufort County Courthouse, has experienced a slew of problems over the past decade. Currently, the jail is slated to have its outdated door locking system replaced in the coming months — the system’s failure has forced several cell blocks to be evacuated and Beaufort County inmates are being housed in other facilities at a cost of approximately $55 per inmate per day, based on the facility. Three lawsuits alleging violation of inmates’ rights have also been filed against the county in the past several years.

At the request of Commissioner Hood Richardson, the board will get updates on the status of the jail door repairs, in addition to another county project — the countywide replacement of old county water meters with smart meters. Richardson has also called for updates on the ongoing investigation into what was responsible for the violent death of Pantego resident Brenda Hamilton, who was attacked by an unidentified animal while on a walk in February, and the status of when new flood maps will go into effect, potentially lowering the cost of flood insurance for many Beaufort County residents.

The Beaufort County Board of Commissioners’ regularly scheduled meeting will take place Monday at 5:30 p.m. in the boardroom of the county’s Financial Services Building at 136 W. Second St. in Washington. The public is invited to attend.