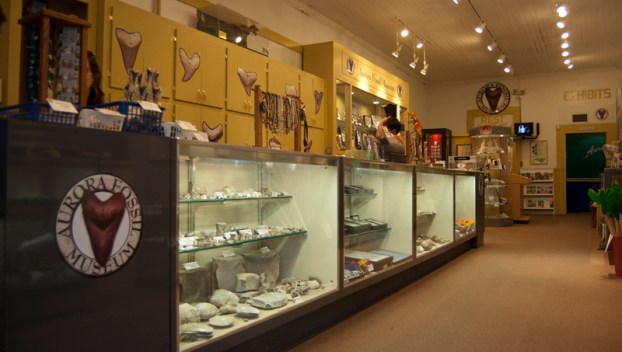 AURORA — It’s been a busy year so far for the Aurora Fossil Museum, and big changes and milestones are on the horizon at the paleontologists’ paradise. From taking on management of the Aurora Fossil Festival to a new membership program, there’s a lot coming down the line in 2020.

For 26 years, the Aurora/Richland Chamber of Commerce has hosted the Aurora Fossil Festival, with a festival committee making sure all the pieces fall into place by Memorial Day weekend. For the 2020 festival, Aurora Fossil Museum Director Cynthia Crane says she hopes to maintain a focus on the community and build on past successes.

“We thank the Aurora/Richland Township Chamber for all they’ve done growing the festival, and we’re hoping we can continue it to the standard they’ve built,” Crane said.

To help raise funds and organize the festival, Crane is working to put together a new committee that will help steer the ship. She says the museum will welcome anyone who is willing to serve on the committee, especially those with background knowledge of festival organization.

For those wishing to support the museum either financially or as a volunteer, the nonprofit is also in the midst of creating a new membership program. This will give the museum a pool of local supporters and potential volunteers, also recognizing those people in a significant way.

“We have a lot of individuals, corporations and places donating money to support us, and we wanted to have some kind of formalized way so we can thank them and interact directly with them,” Crane said. “Then the volunteer group, which will be called ‘the Digger Crew,’ after Digger the Shark, they will be the main team of volunteers that help us out with a lot of activities and events.”

The membership program is slated to go live sometime in January. Crane says the idea of building a base of key supporters through such a program is a popular concept with similar-sized museums throughout the state and country. With current museum volunteers scattered across the East Coast, Crane sees the program as a way to build a volunteer base here at home.

“We’ve had a lot of local, Beaufort County people that have asked how to get involved,” Crane said. “This will be a way for us to cultivate our relationships with more local people to help out around here at the museum when we need some really quick help.”

As visitor numbers continue to climb at the museum, these volunteers will be evermore critical. As of early this week, the museum was 676 visitors shy of reaching 21,000 visitors in 2019. Last year, the museum exceeded its goal of 18,000 by 2,668 visitors. If past trends prove true, Crane hopes to exceed the 21,000 mark by Dec. 31.

Commissioners will elect 2020 leadership and likely create a committee to look into issues at the Beaufort County Detention Center... read more