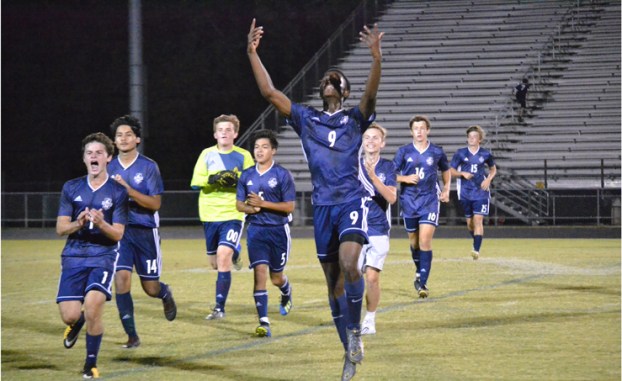 ALL-AREA: Washington runs off the field victorious after a win over Edenton Holmes early in the season. Many Pam Pack members made the All-Area squad. (Mitchell Thomas / Daily News)

Many of the area soccer teams found success this past season. While Southside and Washington both made the 32-team field, Northside participated in a playoff play-in game. Pungo made it to the Tarheel Independent Conference title game, and Unity Christian also had a decent season. Listed are the best of the best throughout the course of the 2019 season.

Reid was the top goal scorer for the Pam Pack this past season. Reid’s elite speed was troublesome for the vast majority of Washington’s opponents. He has the finesse ability to make a shot from any angle in the box. 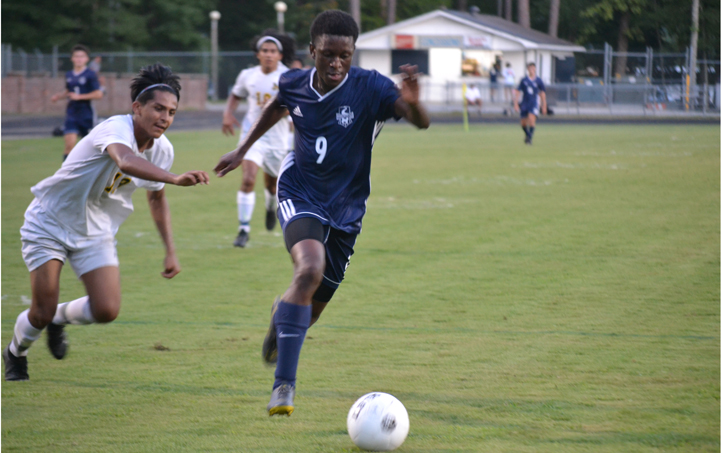 GOAL SCORER: Washington’s Mike Reid goes for goal to put the Pam Pack on the board against Manteo earlier this season. (MItchell Thomas / Daily News)

The 6-foot senior was usually the tallest on the pitch. Cox used his head to put away countless goals throughout the season, and was the primary penalty-kicker for the Pam Pack.

It’s not often that a player reaches a milestone to the capacity that Juarez reached. He netted over 100 goals in his high school varsity soccer career. That’s an incredible feat. This season alone, he put away 41 goals with nine assists. 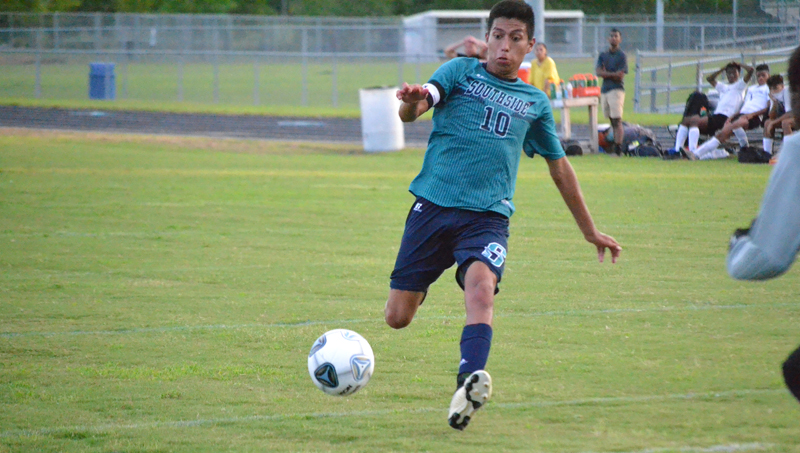 SHOT: Jairo Juarez takes a shot and scores in a 2-0 win over Farmville Central earlier this season. Juarez reached the 100-career goal milestone this season in his Seahawks career. (Mitchell Thomas / Daily News)

There were countless amounts of saves from Crisp this season that wooed the crowd. He helped shutout eight opponents throughout the year, and he was key in the Pam Pack’s success.

The vocal leader of the Panthers helped lay the foundation of Northside soccer. While it may not have been the season they had hoped for, they had a play-in game for the playoffs — only the second time they’d reached postseason play in school history. They also set a school record for wins in a season with four.

A four-year varsity letterman of the Seahawks soccer team had nearly 500 saves in his Southside soccer career. In 2019 alone, Prado collected 174 saves, with a game-high of 16 saves in the first-round playoff game against Rosewood.

Hernandez was the specialist for the Seahawks. He took most of the corner kicks and throw-ins for most of the season, resulting in 14 assists throughout the season. Hernandez also cashed 12 goals for the season.

Sawyer was the top goal-scorer for the Raiders this season netted 24 goals this year. He was also second on the team with nine assists. 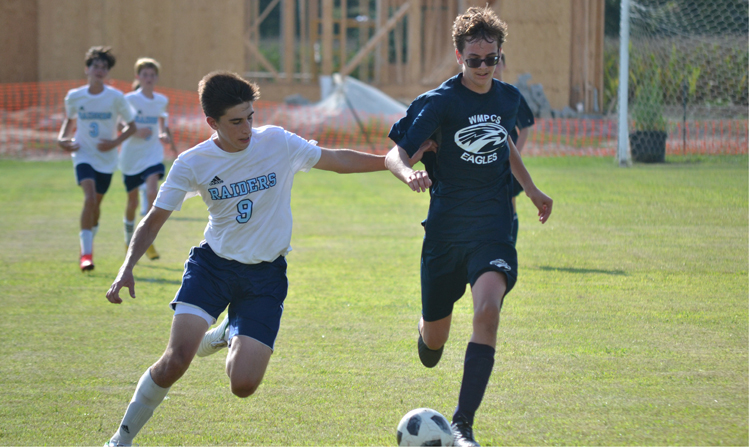 Luckily for the Panthers, they’ll have their best offensive weapon returning next season. Maldonado is very skilled, and helped the Panthers to some success in the 2019 campaign. 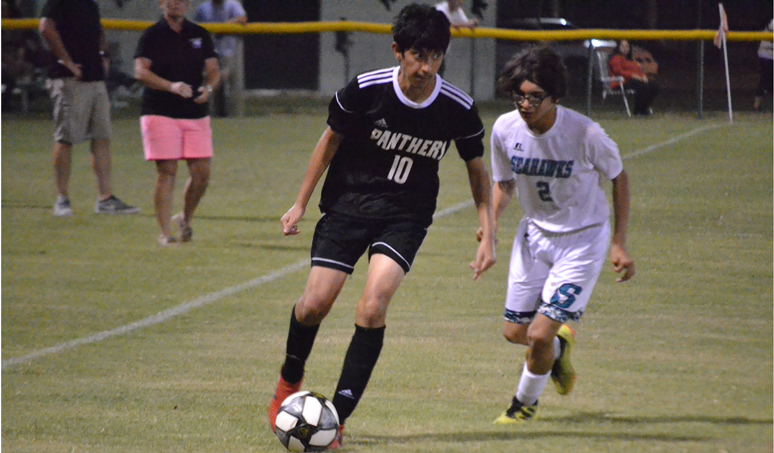 MAKING A PLAY: Northside’s Bruno Maldanado makes a move past a Seahawks defender and darts towards the goal earlier this year. (MItchell Thomas / Daily News)

Guzman scored the second-highest amount of goals for the Seahawks this year with 20, tied for second on the team with nine assists as well.

The Pam Pack had so many offensive weapons this season, and Elizalde was one of them. He was able to maneuver through defenses with some fancy footwork, and collected a hat trick in the 2A Eastern Carolina Conference Title game at Greene Central.

The assist leader for the Pam Pack took care of most set pieces from the corner or throw-ins. The Parker to Dawson Cox connection was dangerous all year long. Parker will attend Appalachian State next fall. 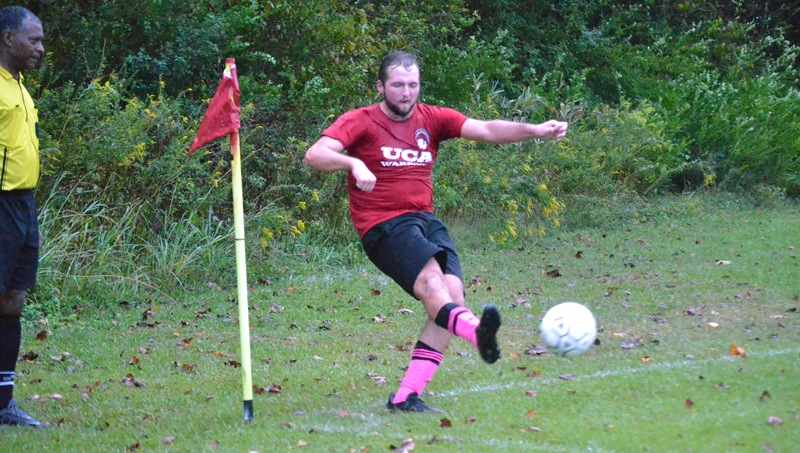