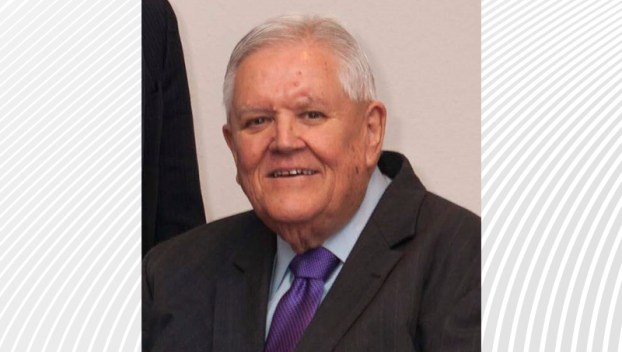 A motorist called 911 at 5:09 p.m. and reported coming upon a vehicle upside down on the highway. It appeared Bryan had gone onto the right shoulder, flipped over, and came to rest on the pavement, Sheriff Kevin Sawyer said. Bryan was enroute from Swan Quarter to Columbia. He was alone at the time.

The six-mile straight stretch between Kilkenny community and Northwest Fork bridge, in the Pocosin Lakes National Wildlife Refuge, is uninhabited and well known for crossings of black bears and deer.

A close friend speculated that Bryan may have suffered a heart attack.

Bryan, who had multiple chronic health issues, turned 77 one day before his death.

The sheriff said no autopsy was planned.

Bryan was owner and president of Bryan Funeral Service with facilities in Columbia, Plymouth and Swan Quarter. He was lay pastor of Columbia Christian Church (Disciples of Christ) and president of the Tyrrell County Ministerial Association; and a charter member of the Greater Tyrrell Chamber of Commerce. He was a Rotarian.

He highly encouraged the ministerial association in supporting the “backpack” program to furnish food items to school children on weekends and was responsible for a recent expansion of the program, Rev. Royce Reynolds stated.

Bryan was critical to Scuppernong River Festival infrastructure, obtaining chairs, portable toilets, tents and such, said town manager Rhett White. “He will be greatly missed in the community, frankly in ways we’re not even thinking about now.”

“He was a dear friend to law enforcement, and we are all very saddened by the loss of this distinguished member of our community,” Sheriff Sawyer said.

“Our hearts are broken following the unexpected loss of Mr. Steve Bryan,” Washington-Tyrrell EMS posted. “Steve truly had a servant’s heart and was a dedicated partner to our agency who loved, prayed for and made himself available 24/7 as a friend and chaplain to every EMS provider.”

The EMS post went on to state that “He also shared in the vision to breathe life back into downtown Plymouth and was very active with the other downtown business owners. Steve’s warm smile and gentle words of encouragement will be missed greatly.”

Bryan, who grew up on a farm at Garner in Wake County, came to Swan Quarter in 1986 after buying the former Owens Funeral Home. In 1994 he began his association with Edward Torres, a Costa Rican who came to Swan Quarter as a high schooler and is now vice president of the corporation.

Bryan opened a funeral home in Columbia in 2007 and later built a facility on L.A. Keiser Drive. Bryan purchased the Hampton Academy in Plymouth’s historic district and open a third funeral home there in 2015.

“We would like to thank each and every one for their expressions of love and support during this difficult time,” said Torres.