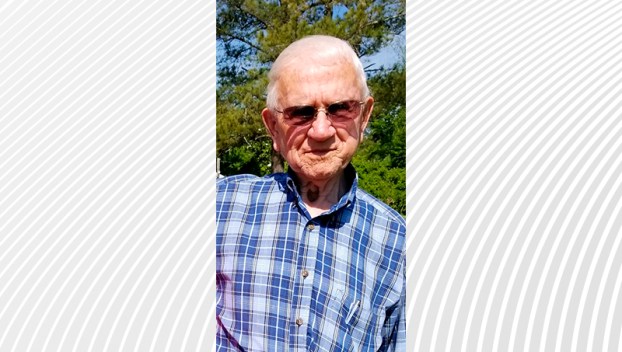 Mr. Johnnie Mayhue Wiggins, age 86, a resident of 179 Chandler Road, Vanceboro, died Monday, Dec. 2, 2019, at his home. He went peacefully to meet his Heavenly Father while his family was at his bedside.

Mr. Wiggins was born on Oct. 5, 1933, son of the late Johnnie Richardson Wiggins and the late Ida Melissa Lewis Wiggins. He attended Chocowinity High School. On June 27, 1959 he married the love of his life, Shelva Buck Wiggins. He worked for Macke Vending Company for 30-plus years. Mr. Wiggins was a member of Union Chapel Free Will Baptist Church in Chocowinity since 1975. His service at his church was deacon, member of the board, member of the Young Adult Sunday School Class, custodian and the church treasurer for 42 years.

His hobbies were spending time with his family, church family and friends. Another love of his was playing his guitar and other musical instruments while singing. Mr. Wiggins also enjoyed helping others who needed it.

Surviving along with his wife, Shelva, of the home, is a daughter, Bonnie W. Potter and her husband, Ray, of Clover, Virginia; two grandchildren, Dustin and Victoria Potter; and four great-grandchildren, Hunter, Aydan, Euerly and one due March of 2020. Mr. Wiggins was predeceased along with his parents by three brothers, Hubert, Toler and Josh Wiggins; and two sisters, Ada Buck and Lottie Bright.

The family will receive friends from 6 p.m. to 8 p.m. Wednesday, Dec. 3, 2019, at Union Chapel Free Will Baptist Church and other times at the home.

In lieu of flowers, the family kindly asks that memorial contributions be made to Union Chapel Free Will Baptist Church, P.O. Box 38, Chocowinity, NC 27817.

Paul Funeral Home & Crematory of Washington is honored to serve the Wiggins family.