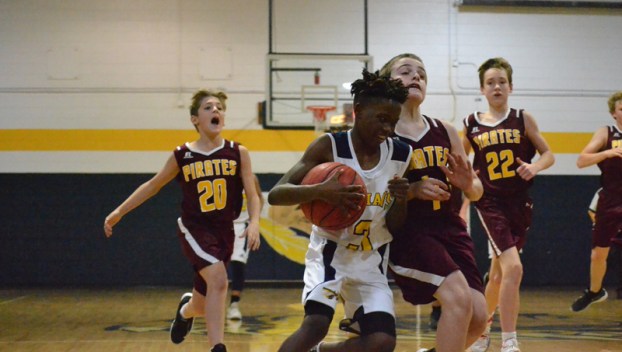 YOUNG BUCK: Sixth grade guard Chaise Smith braces for contact before laying the ball up off the glass for an and-one opportunity. Smith scored 19 points in the contest en route to a 69-37 victory Monday night. (MItchell Thomas / Daily News)

CHOCOWINITY — The Indians and Lady Indians each notched the win column on Monday evening over Bath Elementary. The Lady Indians prevailed 20-19, and the boys won 69-37.

A very dramatic ending took place in the final minute of the girls’ game. Bath stretched a lead to as many as five points in the final quarter with layups from OJ Cahoon and Jamie Major, as well as a free throw from Lauren Rouse. 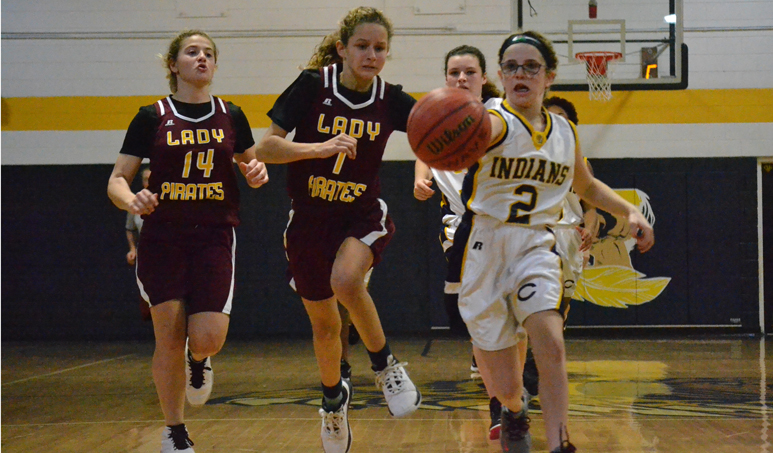 The Lady Indians responded with a couple of buckets and late free throws from Chocowinity’s De’Najah Warren and Jameshia Jordan that tied the game.

After swapping possessions under a minute left, Lady Indian Lilly Davis was fouled at half-court, sending her to the line for a couple of free throws. After missing the front end, Davis banked home the go-ahead free throw with 11.1 seconds remaining, that turned out to be the game-winner. Bath had an opportunity to win it with a final possession, but the Lady Indian defense clamped down and never allowed a shot to be attempted. 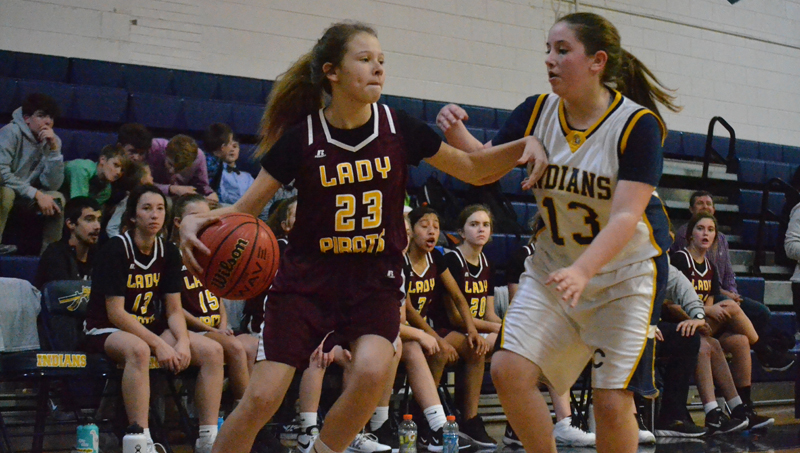 In the boys’ game, the Indians scored early and often. JaVon Williams led all scorers with 21 points.. However, sixth grade guard Chaise Smith wooed the crowd with some strong finishes at the rim. Many times Smith maneuvered through traffic, drew contact and finished three-point plays the old fashioned way at the free throw line.

The Pirates were challenged with breaking the Indians’ full-court press, but they found some gaps between it that led to some easy shots.

The Indians will be a tough group to stop in their division, and have an opportunity to be crowned Inner Banks Athletic Conference division champs if they can continue to play at the same level.

Chocowinity will be back in action tomorrow against St. Peters’ Green Team at home. Girls tip off is set for 4 p.m. and the boys’ game will follow.

Bath will have two more away games at St. Peters’ Blue Team and at Snowden before returning home to play G.R. Whitfield on Tuesday, Dec. 17. Tip off is at 4 p.m.