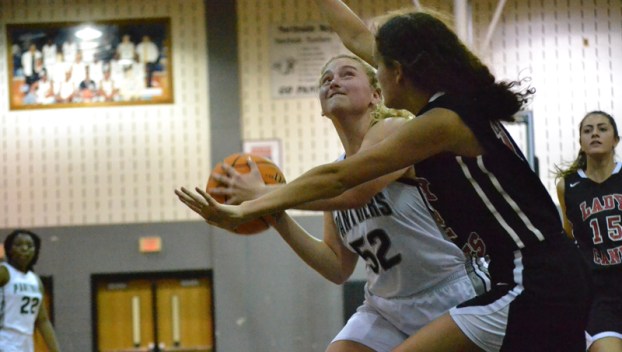 EARNING POINTS: Northside’s Katie Godley grabs a tough rebound and puts it back up in the fourth quarter of the Panthers’ 58-52 win on Thursday evening. Godley went on to score 22 points on the evening. (Mitchell Thomas / Daily News)

After the Northside girls’ basketball team came up short at Cape Hatteras, the exact opposite took place a week later in Pinetown. The Lady Panthers came away victorious 58-52 on Friday night.

Katie Godley’s 22 points doesn’t tell the story of what she did on the boards. In the fourth quarter alone Godley collected eight rebounds and came up big with second-chance points. She also knocked down some key free throws to prevent any dramatics in the final seconds.

“(Godley) is very important to our offense. We try to get the ball to her when she gets inside. She takes up space, gets the basketball and puts it back up. She gets a lot of offensive rebounds,” head coach Michelle Leathers said about Godley’s impressive double-double performance. “We have to start hitting some outside shots, though. We’re going to get ours on the inside, but as far as being and inside and outside threat, that’s not us right now.”

At half, the Lady Panthers led 28-19, but a 21-point third quarter from the Hurricanes gave them a lead, but it was short lived.

Northside went on to score 20 points in the fourth quarter to Cape Hatteras’ 12, and put the game out of reach in the final minute with some clutch free throw shooting.

Senior guard Prentiss Thomas had 19 points on the evening, and finished through contact multiple times in the second half earning trips to the charity stripe. Ve’Era Holloway picked up 14 points; Lexi Sommers added a two-point basket and Diamond Spencer hit a free throw to cap the Panthers’ scoring. 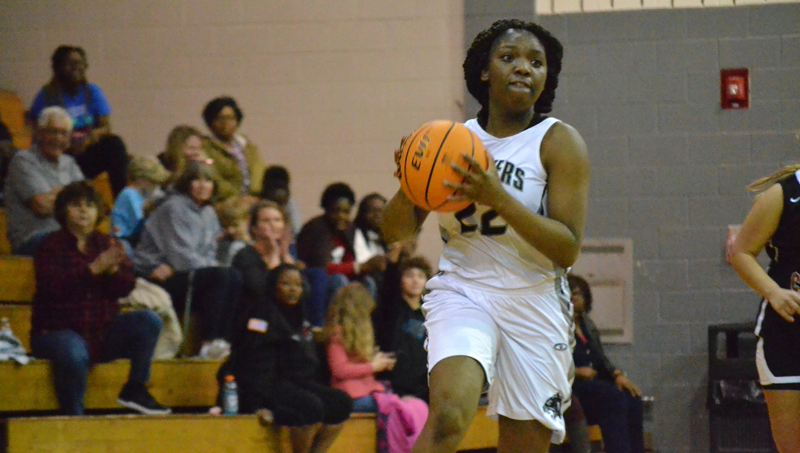 Leathers agreed that her team has been playing better since the New Year began, and said she is hopeful they continue to play at the same level as they did on Thursday evening. The team hasn’t been able to practice this week due to exams across Beaufort County, but face consecutive nights of games against stout competition to cap off the week.

Northside (4-6, 2-2 Coastal Plains 1A Conference) returned to league play Friday night in a battle for fourth-place in the conference, and host cross-town rival Southside on Tuesday night.

The great coaches of the Pam Pack

In recent articles, I have mentioned some of the better athletes in the past that have played for the Pam... read more