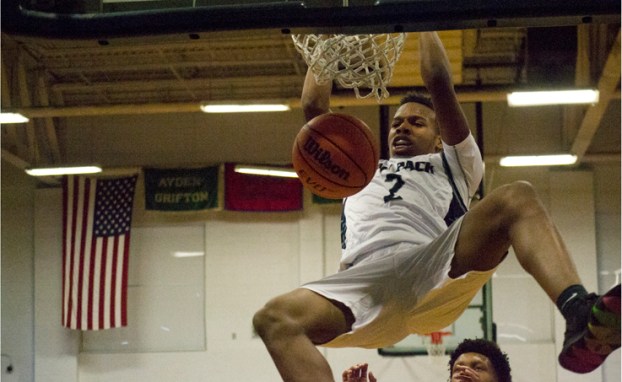 Washington was seeking revenge on Greene Central after falling to the Rams in Snow Hill last week in the season finale. The Pam Pack played one of its best all-around games of the season Wednesday night, en route to a 77-58 victory, according to head coach David Allewalt.

Due to weather, the 2-A Eastern Carolina Conference Tournament Championship between Washington and Kinston, has been moved to Saturday at approximately 2:30 p.m., following the girl’s championship at 1 p.m. Both title games will be played at Ayden-Grifton High School. 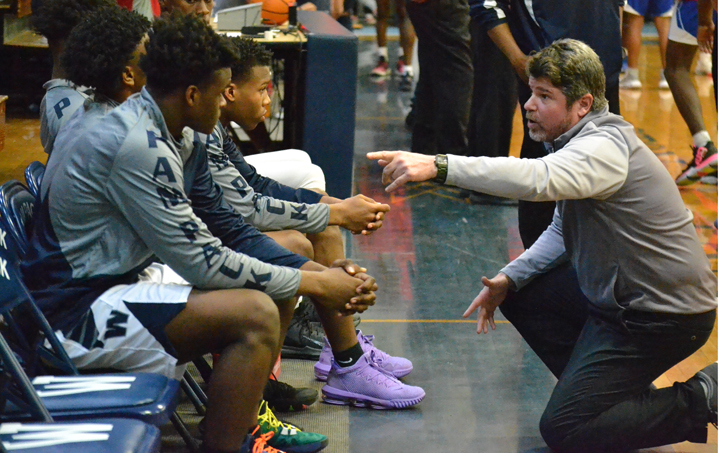 The Pam Pack came out of the gate with a vengeance, beginning the game on a 13-0 run, and led after the first quarter, 23-8. The 3-point shot from Omarion Blount fell early and often, and Washington’s fast breaks in the first half opened up a commanding lead that Greene Central couldn’t come back from.

Terry Moore threw down a two-handed flush that got the crowd and the student section on its feet, and Washington fed off of the energy coming from the stands for the remainder of the evening.

Anytime the Rams made a run, the Pam Pack answered right back with a run of its own. Heading into the halftime break, Washington led 47-33.

Greene Central cut the deficit to as little as seven points, but a couple of technical fouls called on the Rams swung the momentum back in Washington’s favor. The fourth quarter was all Pam Pack, and they cruised to victory, clinching a spot in Saturday’s championship game.

“It feels great, man. This is the first time we’ve been in a championship game in a long time,” Pam Pack forward Jamauri Bryant said after the win. “Our game plan was to come out strong, hit them in the mouth early and put our foot on their neck. We have to improve on our defense for Saturday, though. We gave up too many open 3’s tonight. … We just have to execute and close down on the corners.”

Bryant scored 15 points on Tuesday night against Ayden-Grifton, and 12 against the Rams on Wednesday.

Blount led the Pam Pack with 27 points on the night and was a big part of maintaining the large lead. On multiple occasions, the Rams nailed a 3-point jumper, and Blount answered right back with a 3-ball of his own on the other end. 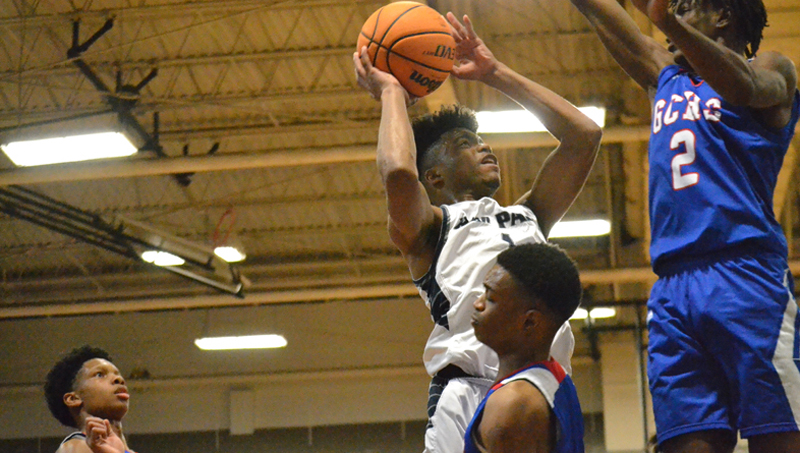 FLYING HIGH: Washington’s Omarion Blount is contested at the rim but still finds a way to get the shot to fall during Washington’s 77-58 victory over Greene Central Wednesday night. (Mitchell Thomas / Daily News)

Moore finished with 13 points, Rashod Smith had 8, Jaden Hambric picked up four, while Reese Gaskins and Mykeal Jennette nailed a 3-pointer each.

“I thought we played a great game tonight. We played four quarters of ball. They threw their best shot at us in the beginning of the second half on a 6-2 run, but we still pulled away. We were more physical, we shot better than them, I thought we even rebounded better than them tonight, actually,” Allewalt said. “You want to be playing your best basketball at this point in the season, and I hope tonight sparks us towards that.”

There’s been quite a bit of coaching turnover this year at Washington High School, and that continued this week after... read more