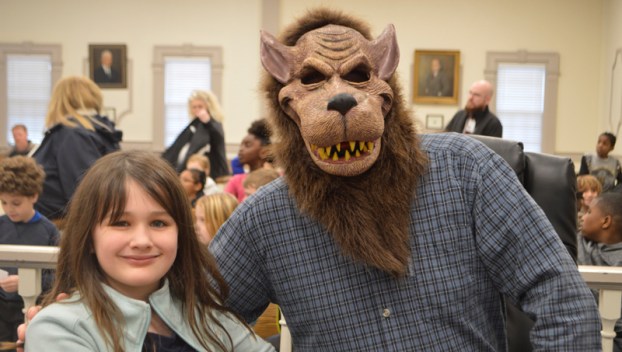 Third-grade students from John Cotten Tayloe Elementary School got a first-hand lesson of the inner workings of the local judicial system this week, touring the Beaufort County Courthouse and holding a mock trial for the Big Bad Wolf on charges of destruction of property.

The tour has become a yearly tradition for local students, hundreds of whom have learned the roles of judges, jurors, attorneys and clerks of court through the field trip. 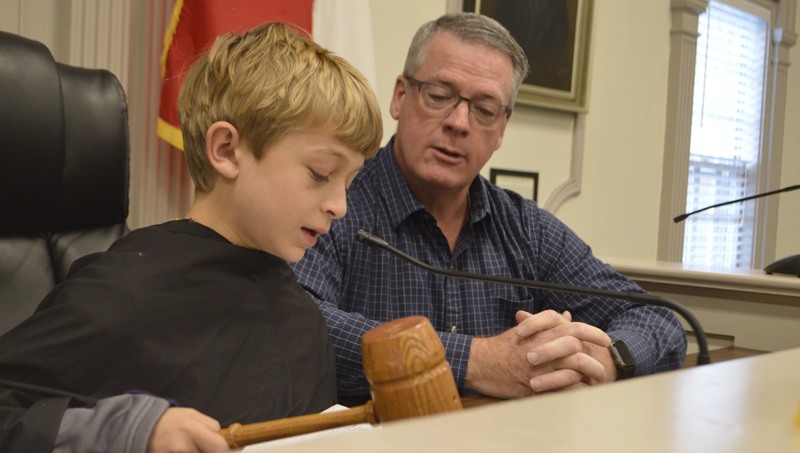 “It’s something I’ve been doing since I was Clerk of Court,” explained Beaufort County Clerk of Court Marty Paramore. “It stems from a field trip I took when I was in elementary school where we came to the courthouse. That was something that inspired me to take a look at the criminal justice system and go to work in this capacity. It’s a way to give back”

Aside from staff from the Clerk of Court’s office, lawyers from the District Attorney’s Office, a bailiff from the Beaufort County Sheriff’s Office and other professionals involved in the judicial process participated in the trial, helping kids take on the roles they play in the courtroom. 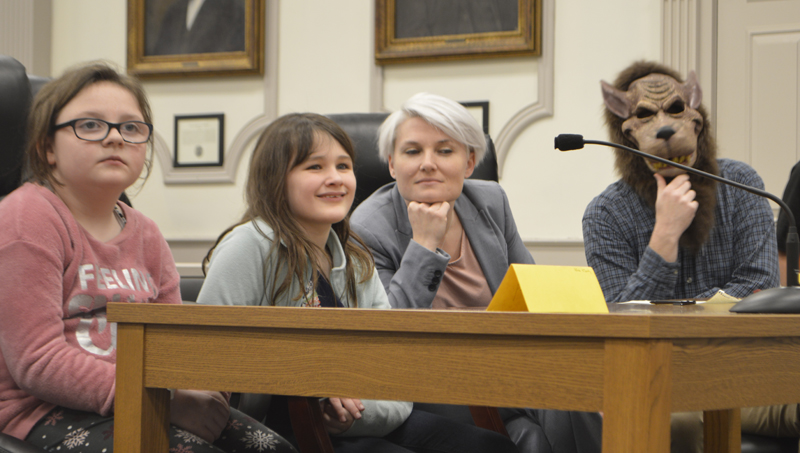 CRACK DEFENSE: Despite the best efforts of the Big Bad Wolf’s legal team, consisting of Rylee Zelenky, Sophie Williams and Shannon Jarvis, to paint a sympathetic picture for the jury, the defendant was convicted and sentenced to 10 years in prison.

“A lot of kids are scared or intimidated by the court system,” Paramore said. “In the very beginning, you hear kids talk about how their mom or dad were here. My challenge in the end is to come back, but not to come back like the wolf. Come back as an attorney, clerk of court or judge.” 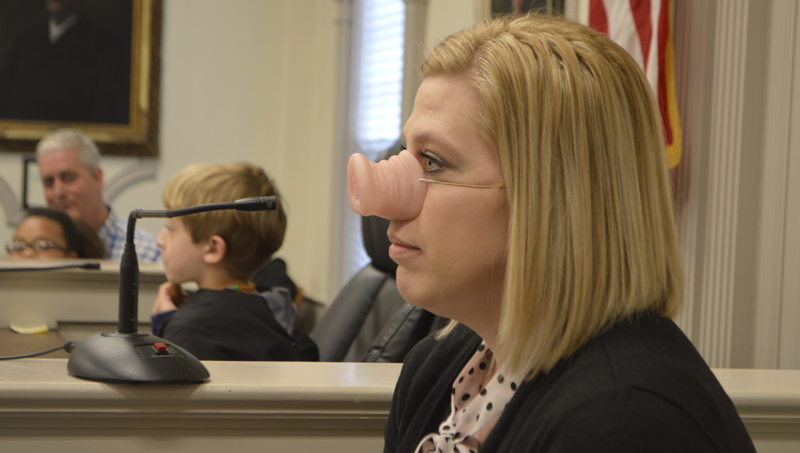 TAKING THE STAND: Mustering all of her courage, Assistant Clerk of Court Paris Ireland took the stand in the role of the third little pig, relaying the traumatic experience of having the Big Bad Wolf come down her chimney.

A special surprise for one of the visiting kids, Sophie Williams, was having her dad, Jason Williams, play the wolf. Sophie was selected to serve as part of his defense team, not realizing it was her dad wearing the mask until he spoke.

Ultimately, the third graders who visited Thursday were unforgiving. They found the Big Bad Wolf guilty of intentionally blowing down the homes of two of the little pigs, sentencing him to 10 years in prison.

Adults wishing to learn more about their local court system can visit www.nccourts.gov/locations/beaufort-county.

With more than 12,000 customers in Washington and spread throughout Beaufort County, Washington Electric Utilities covers a lot of ground... read more