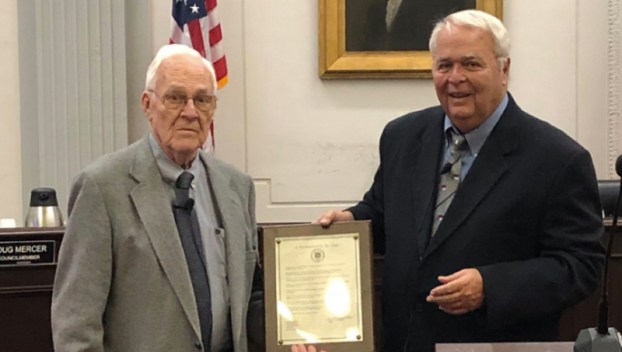 A note to elected officials

One of the front page stories in Monday’s Washington Daily News brought some sad news for the City of Washington: the passing of longtime city councilman and public servant Doug Mercer.

With eight terms on the city council under his belt and serving on a variety of advisory boards over the years, the late councilman was an active force in local government for many years.

In speaking with friends and colleagues, he was universally remembered and respected for two things in particular — studying important decisions brought before council and asking tough questions when appropriate.

These qualities are not so common as one might think among elected officials, but they are lessons that every official should take to heart. Knowledge of the issues is at the heart of good public service, and obtaining that knowledge requires a studious mind, and a sometimes-skeptical demeanor.

It’s easy to occupy a seat on a local council, advisory board or board of commissioners. Sometimes all it takes is showing up during the election. In some cases, those seats are freely up for grab, with no opposition.

It’s also not that tough to show up to a monthly meeting and go through the motions. There’s no hard and fast requirement that one must read an agenda packet beforehand. The easiest way to make decisions is by simply letting the meeting unfold, coming to a conclusion as topics come up for discussion.

But that’s not what Doug Mercer did. Rather, he studied the issues in advance and was ready to fire off important questions, even when everyone else was prepared to take a particular issue or figure at face value.

Those two qualities — a studious nature and a questioning attitude — are probably two of the most important traits a public servant can possess, especially when there are taxpayer dollars on the line.

So to all of our elected officials, especially those in local and state legislative bodies, we encourage you to take a page from Doug Mercer’s book. Do your homework. Ask questions. Be prepared in every way you can to make the important decisions with which you’ve been entrusted by the people you serve. In doing so, you will be a more effective public servant and a greater asset to your community.

When Mr. Virgil Cochran decided to move to Tenth Street, he never knew that his home would be the hub... read more