While the level of impact may chance in the coming days, Hurricane Isaias is heading to eastern North Carolina, according to National Weather Service Newport/Morehead City meteorologists.

“You’re going to see some slight wobbles here and there, but, by and large, our confidence is high that we’re gonna see the storm,” said Erik Heden, warning coordination meteorologist with NWS Newport/Morehead City. “It’s going to come, but it’s all in the details, as it always is. A slight shift either way will make a big difference.”

Heden said his office believes much of the area will be right of Isaias’ center, which could bring with it elevated risk for storm surge, but many aspects will determine the impact.

“We still expect the storm motion will be fast enough that it’s not gonna be a long duration, widespread major event like what we saw with Florence, where the storm just sits over us, so that will lessen the impact,” Heden said. “With regard to surge, it’s still not the higher threat right now, but that’s more because we don’t know the specifics. We’re still just a little too far out to talk numbers.”

Heden said areas of storm-surge concern are along the Crystal Coast and Outer Banks, oceanside, and up the Neuse and Pamlico rivers, inland.

The official forecast calls for a strong tropical storm over the area, but Heden reminded viewers of the Saturday morning webinar that there is little difference between a strong tropical storm and a category 1 hurricane. Peak wind gusts could be as high as 78 mph in Belhaven and 74 in Aurora. Beaufort County residents could see the wind pick up as early as Monday evening, but tropical storm force wind will likely arrive later Monday night. NWS  is also forecasting a increased threat of tornados.

As Isaias makes landfall in Florida, how far inland it goes will determine the later impact on eastern North Carolina: if the tracks left, more over land with less time over water, Isaias could become weaker. However, if it tracks more west and spends less time over land, the warm water could intensify the storm.

“We have a whole new group of people arriving at the beach. They want to get a weekend in before we get the storm. We can certainly understand that, but get out that message about the dangers of rip currents, because we’ve already seen it yesterday, and we expect that to continue right into early next week,” Heden said.

The next Hurricane Isaias update will be at 7 p.m. tonight. Click HERE to view the webinar Powerpoint  or visit HERE to watch this morning update. 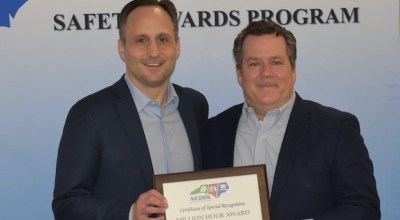 At 80, local pastor answering the call