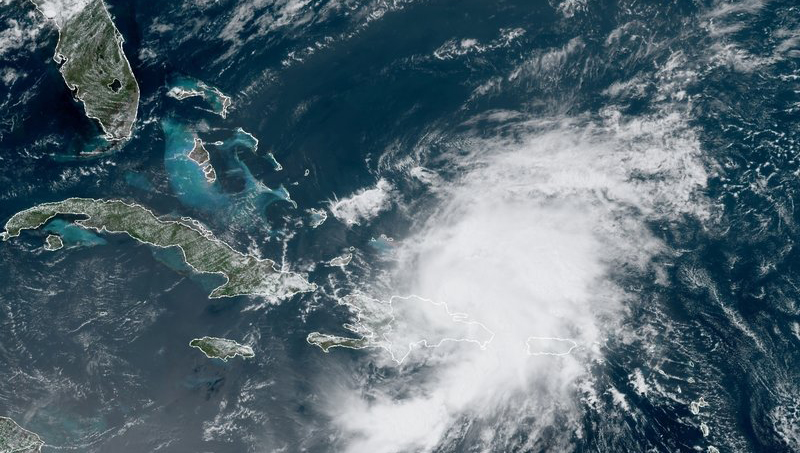 Hurricane Isaias downgraded to a tropical storm once it made landfall near Ocean Isle Beach, but Beaufort County felt its effects, though they differed drastically across the county.

Rainfall amounts varied widely across the county with 3.61 inches and 3.41 inches recorded at two separate stations in Washington; 2.65 inches in Bath; 2.28 inches in Bunyan; and 1.68 inches in Chocowinity.

Though unconfirmed by the National Weather Service as of Tuesday evening, a tornado plowed through the Rest Haven Road community just east of the Bayview-Aurora ferry. According to Beaufort County Manager Brian Alligood, 18 homes were said to be damaged in that community. Lee said an NWS crew visited the site Tuesday to confirm the touchdown of a tornado, its size and whether it had originated on the south side of the river near Aurora.

Where Beaufort County’s greatest threat during the majority of past hurricanes has stemmed from storm surge, Isaias was more selective in which communities were affected by inundation from local waterways.

“Belhaven had quite a bit of storm surge last night, and some areas that are susceptible to flooding,” said Beaufort County Emergency Services Deputy Director Chris Newkirk. “Between 2 o’clock and 5 o’clock, that wind really backed some water up in some places. It was more than what they expected.”

As Isaias approached the North Carolina coast, its intensity increased, along with the chance of more storm surge than the 1 to 3 feet initially forecasted, then the 2 to 4 feet forecasted by Tuesday evening and storm surge warning issued by the NWS.

“Isaias had strengthened quite rapidly in those last few hours before it made landfall, and we looked at all the data, crunched the numbers, and we felt that there was a good indication of increased storm surge,” Lee said.

“You change that forecast by a foot, and it really changes the landscape when you’re looking at things across Beaufort County,” Newkirk said.

“We had lot a trees down last night and lot of powerlines involved,” Newkirk said.

The varying impacts of Tropical Storm Isaias seen across the county imply a different kind of impact on the concept of hurricane preparedness, regardless of the category of storm.

“This is the first time in a while that we have been on the right side of the eye of a hurricane and based on that, it’s the most dangerous side for tornados, and, unfortunately, we saw some of that,” said Beaufort County Manager Brian Alligood. “I think what it brings to mind is that we always have to taking every one of them seriously.”

“Last night’s storm was another one of those examples where we were faced with a tropical storm, but look at the damages we faced across the county,” Newkirk said. “When you live in eastern North Carolina, and you’re under the threat of these tropical systems, you have to prepare, almost the full gamut, every single time. We just can’t discount the hazards that these different storms bring. We’re a coastal community. You have to respect them.”

Coastal communities also know how to rally around their neighbors during and after a storm, and because of that, Newkirk said Beaufort County is fortunate.

“You go into Bayview where that tornado struck last night, you know as soon as people could get in there, they were helping, just neighbors helping neighbors,” Newkirk said. “It seems like we’re in a divisive environment with a lot of things these days, so we just really appreciate the community coming together to help each other. These things highlight that. We’re just fortunate.”