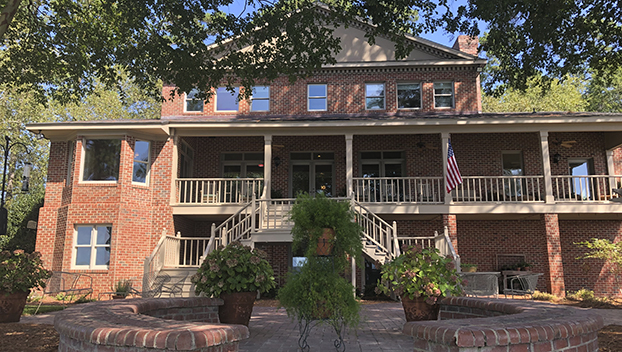 SOLD: This waterfront home on a large lot near Swan Point was sold as a second home and a future retirement home, one representation of a trend in home buying in Beaufort County in the midst of a global pandemic.(Vail Stewart Rumley/Daily News)

COVID-19 has defined the landscape of 2020 in the U.S. Economic shutdowns have shuttered some businesses. Others are holding on, reopening under strict guidelines to stop the spread of the virus.

Other industries are thriving. Where 2008 was the year of the real-estate market crash, 2020 might be the culmination of its comeback. Low mortgage rates have more people looking for homes, yet less supply means prices are up. It’s a sellers’ market and, in Beaufort County, it’s no different.

What may be different, however, in Beaufort County’s housing market is what buyers are looking for, and why.

“They want more breathing room to get outside and not be facing a neighbor immediately,” said The Rich Company realtor Nan McLendon. “Yes, outdoor living spaces are always desirable, but I think more space is desirable right now, meaning more land around a house.”

“Talking to my realtor friends in Raleigh, people are moving from Chicago and New York to Raleigh where they have more space in a lot, but we’re seeing people moving from Raleigh, and even up north to here,” McLendon said. “They want more breathing room to get outside and not be facing a neighbor immediately.”

The push for more space can be linked the global pandemic. More people are working from home, which means they can work from anywhere and not have to factor in a long commute to and from the office. Based on low property taxes, quality of life and access to medical care, Beaufort County has been a popular spot for retirees for more than two decades, but now those retirees, and prospective retirees, are getting younger, investing in a second home earlier to provide a get-away and a place to retire at a future date. Others are seeking homes, including waterfront homes, with plenty of space and activities available for their children, who’ve been physically out of school since mid-March.

The one thing they have in common is they’re looking for space, but not too much space.

“It’s not really acreage; just a bigger lot. People don’t necessarily want acreage because it’s a lot of maintenance. It’s more about getting out of the more dense population into a less-crowded situation with space. They want a three-quarter acre lot or an acre lot, instead of a postage-stamp, third-of-an-acre lot in the Triangle area,” McLendon said.

McLendon said one exception is Moss Landing, the new development with a historic feel, located between Water Street and the boardwalk on eastern end of the Washington waterfront.

“Those are people who want to be close to downtown, where they can either walk or bike, to all the places downtown,” she said. “Unlike a lot of cities, we have a safe downtown.”

COVID-19’s impact has been life-changing, and, as far as real estate is concerned, has resulted in many people looking for breathing room.

“They just want to get out of the congestion,” McLendon said.

BAYVIEW — Residents, contractors and volunteers were hard at work Wednesday, cleaning up the devastation left behind in the wake of... read more