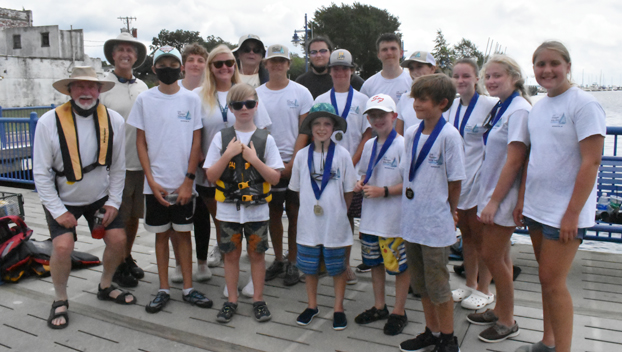 FULL SAIL AHEAD: Participants in this year’s Little Washington Sailing School regatta were all smiles alongside their instructors after an awards ceremony on the People’s Pier on Saturday afternoon. (Matt Debnam/Daily News)

Sunny weather and steady winds marked the final day of the Little Washington Sailing School’s summer program this year, as children and teens teamed up for the sailing school’s annual regatta.

Changing venues from Cypress Landing Marina and Chocowinity Bay due to COVID-19 concerns, this year’s regatta was held on the Washington waterfront Saturday morning, with six teams of young sailors putting their skills to the test. Participants in the LWSS regatta week are all students who have previously attended regular sessions at the school. 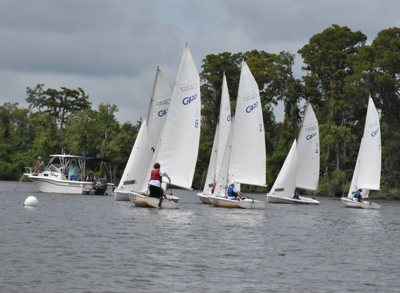 “I think it’s been a great season,” said LWSS lead instructor Kelli Cooper, an alumni of the program. “We were skeptical at first to see how things were going to go with COVID and everything, but we’ve been able to manage and really make this season the best one yet.” 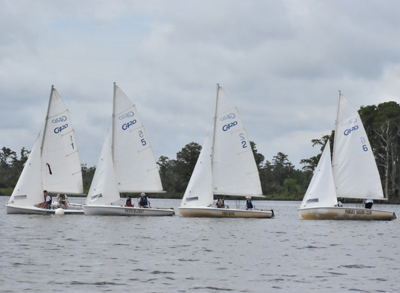 BEATING UP: Sailors push their boats to the limit to round the upwind buoy. (Matt Debnam/Daily News)

After two races Saturday morning, teams were scored using a golf-style scoring system, and the top-three teams earned medals and bragging rights at an awards ceremony on the People’s Pier. Rankings for the day’s races were as followed: 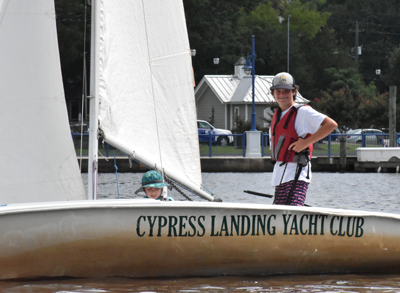 EYES ON THE PRIZE: First-place winners Sam Marinello (left) and Caleb Thrift (right) fly past the Washington waterfront on the final leg of the regatta. (Matt Debnam/Daily News)

In addition, to taking first prize alongside Marinello, Thrift was awarded the Kent Fulton Award, which is bestowed upon a sailor who stands out as being helpful, kind and patient when helping new sailors learn the ropes. 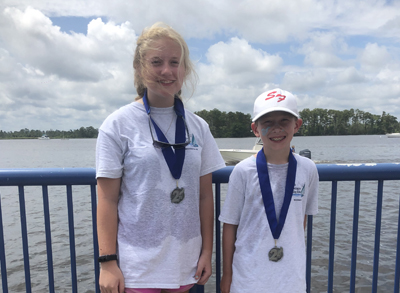 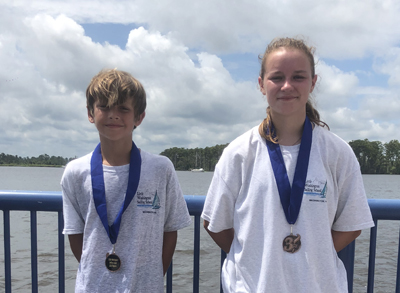 The timing of this year’s regatta also happened to coincide with a community memorial service for Washington Mayor Mac Hodges, a longtime supporter of the school. Initially, organizers were concerned about holding the regatta at the same time as the service, but ultimately decided to proceed, honoring his contributions to LWSS over the years. Signs bearing the message “LWSS loves Mayor Mac” were hung on the railing of the promenade, and LWSS Director Kevin Clancy says that made it even more meaningful.

“I think having the final regatta here in the harbor helps tie in the community, and that’s what the whole sailing school about,” Clancy said. “I think having Mac’s service today while we did all this made it a little more special.”

Coming up this fall, Clancy says sailing will continue on the Pamlico, with LWSS planning to hold a series of Wednesday evening regattas on the Washington waterfront. Those interested in learning more about the sailing school and its programs can visit www.littlewashingtonsailingschool.org, or call the school at 252-402-7878.